By S/Nyanza_Pundit (self media writer) | 1 year ago

Former Mukurueni constituency member of parliament Hon. Kabando Wa Kabando has called on the attorney general and solicitor general to resign. The vocal politician has stated that the two are the worst enemies of Kenya's sovereign democratic will.

He has called on President Uhuru Kenyatta to fire the two failure to which the president himself should resign. 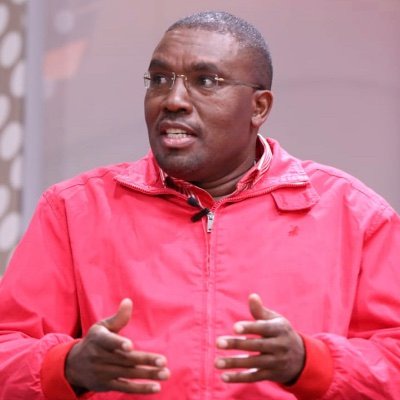 "State Law Office the worst enemy of our sovereign democratic will. Sheria House cartel - Attorney General and Solicitor General - must resign or be sacked by Appointing Authority the President, failure thereto Uhuru Kenyatta himself should resign. Mafia regime this is."

President Uhuru has had turf times with courts over his decisions. Attorney general Paul Kihara has always been blamed for missadvising the president and a number of politicians have called on the head of state to fire him.

Just within this year, court has overturned many decisions by the President including his appointments. 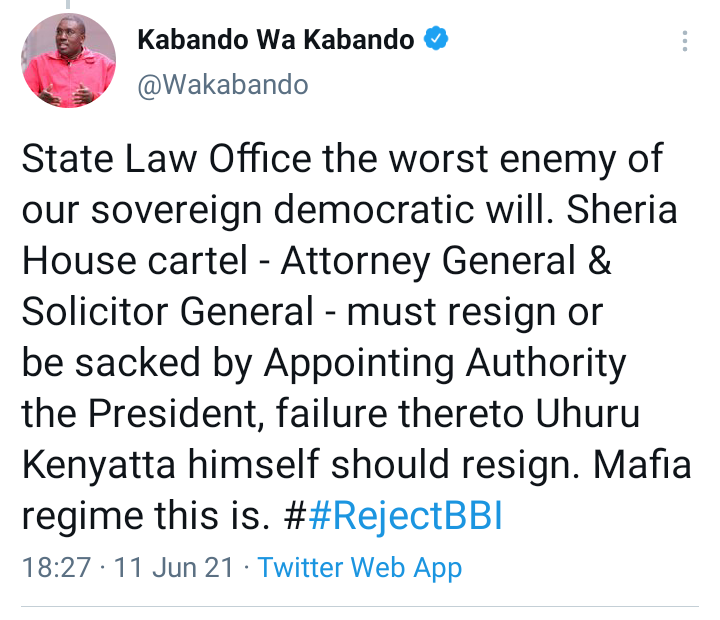