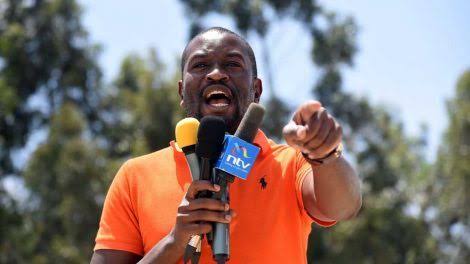 Following today's by elections in Bonchari constituency, details have emerged that the ODM party officials including Edwin Sifuna and the Kisii county member of parliament Janet Ongera have been trailed by the police offices while supervising the process of the ongoing by elections.

"Edwin Sifuna and Kisii Membet of parliament Janet Ongera have been engaged in Cats and mouse games with the police who are constantly trailing them as they visited various polling stations to check on the progress. Meanwhile, Jubilee politicians and their goons are hoovering around freely", they quoted. 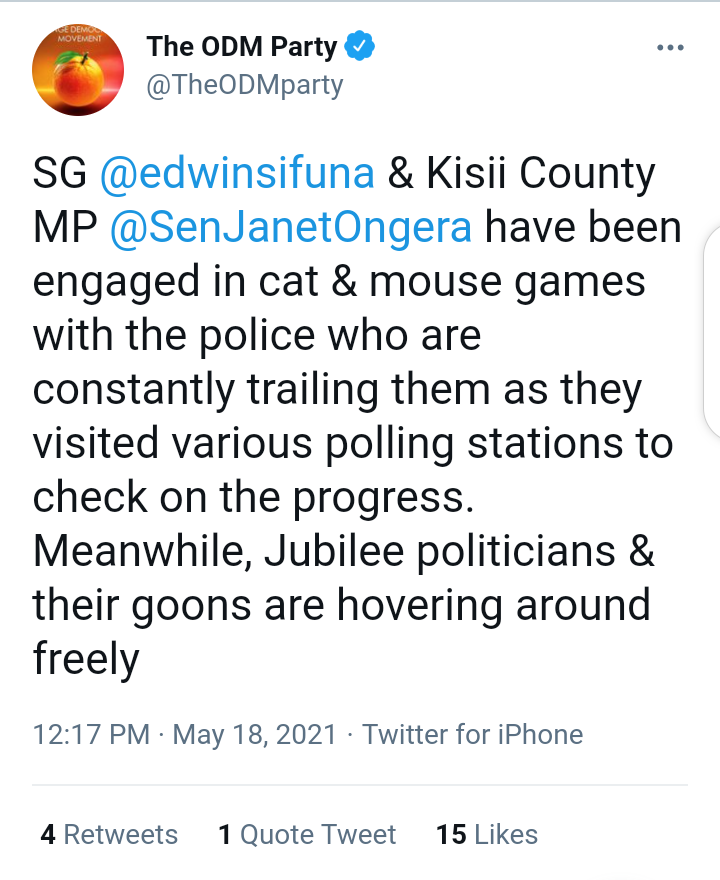 The ODM party officials alongside other parties' contesters officials have been denied the access of all the polling station. The Kisii police commander yesterday said that they will provide maximum security in the ongoing by elections.