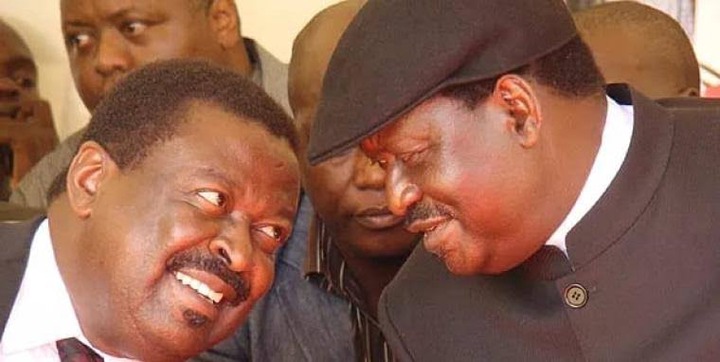 After they competed against each other and ended up losing the presidential race in the 2013 general election, Raila Odinga and Musalia Mudavadi joined hands prior to the 2017 general election but still, they were defeated by President Uhuru Kenyatta's Jubilee party.

From that moment, a lot happened but as we are currently speaking, Raila and. Mudavadi are not in a good political relationship. They have been hitting out at each other and just recently, the ANC party leader skipped the ODM party leader's big Azimio La Umoja event at Kasarani, something that left many Kenyans talking.

In the midst of all that, anxiety has rocked the nation after it was confirmed by Luanda Member of Parliament that Raila Odinga will be visiting Musalia Mudavadi's Western region bedroom on 19th December. Through his official twitter account, Chris Omulele confirmed that Baba will be in Vihiga county for the Azimio La Umoja Vihiga chapter launch. 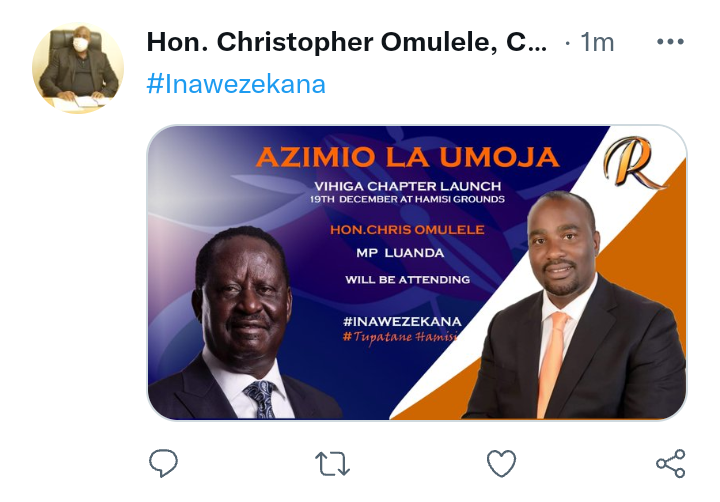 How Raila Odinga will be welcomed in Musalia Mudavadi's backyard is not yet know but definitely, it will be known on 19th December.