Deputy President William Ruto protested against the withdrawal of GSU officers from his Karen residence and replacement with officers from the Security of Government Buildings Unit, which is part of Administration Police. 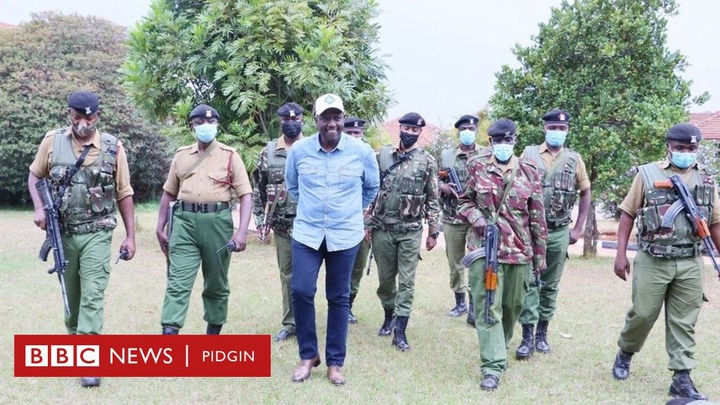 According to David Mugonyi communication secretary, said that Dp Ruto was not notified about the abrupt changes made by the police service of withdrawal of General Service Unit security guards on Dp's residence in Karen and Sugoi home. The GSU security guards were withdrawn following the backdrop of growing tension between the President and his deputy, with the Head of State accusing the latter of antagonizing the country's quest for unity.

According to a video seen by Kenyans.co.ke, over 100 youth, many of them boda boda operators were seen lining up at his Elgon View residence where they sought to provide extra security while other villagers were reported to have been heading to his rural home in Sugoi for a similar operation.

However, following the incident, the government through the police spokesperson Bruno Shiosho, has now break the silent of the reason behind the withdrawal. Shiosho said that it was a normal routine to reassign duties within the police service department. 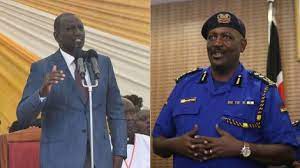 "The replacement of DP Ruto's GSU security team by Administration Police officers is normal reassignment of duties within the police officers and their is no big reason behind it," Shiosho said. He added that changing of routine within the police service is an often things. He also said that dp Ruto's security will be enhance and maximum protection be given to him.

However, Nairobi senator Johnson Sakaja has condemned the act and pointed finger to the government blaming it for the reason behind the withdrawal of the security guards. Sakaja has also asked interior security Cs Fred Matiang'i and Inspector General of Police Hillary Mutyambai to resign from their duties and join politics. 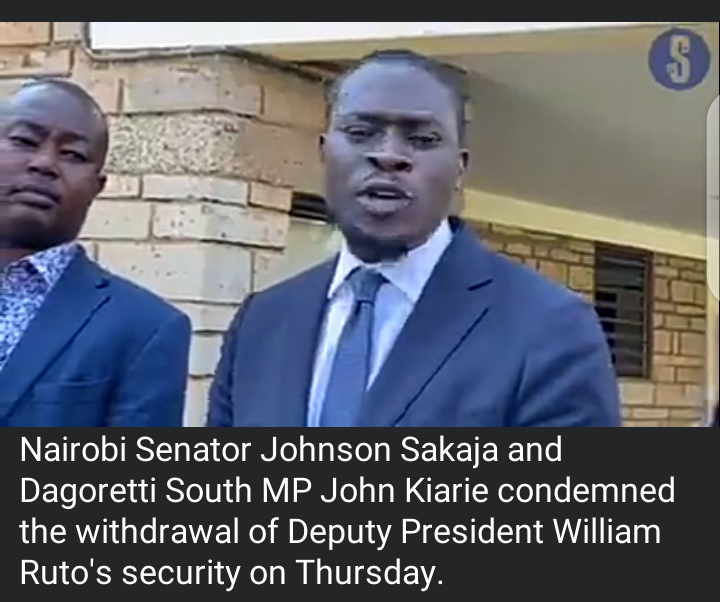 According to Sakaja, these public officers have outrightly violated the constitution by withdrawing GSU from Ruto's residence. Other leaders have also blamed the government for the incident and warned that if anything bad happens to Deputy president William Ruto, the government will be responsible for everything. 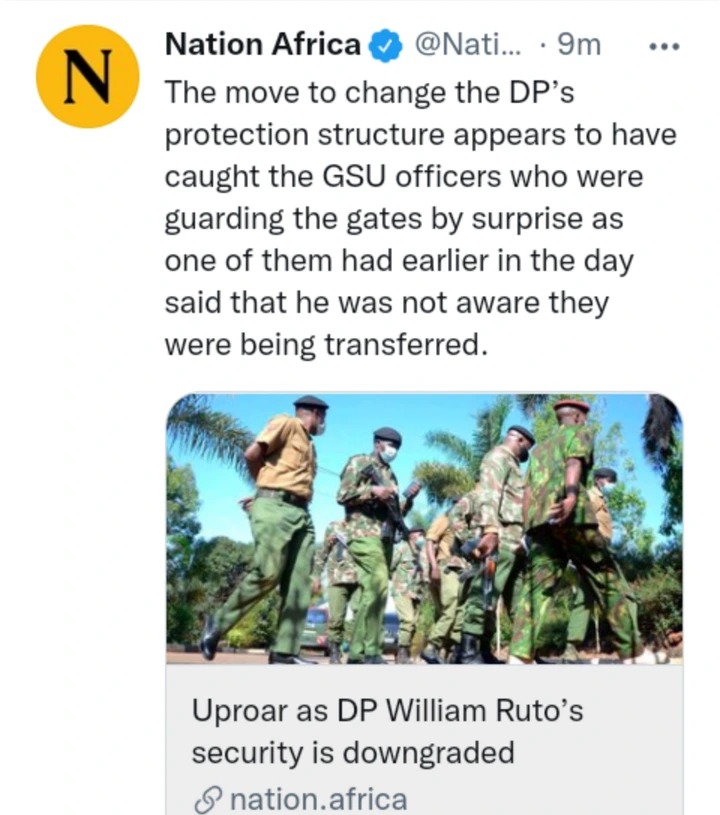