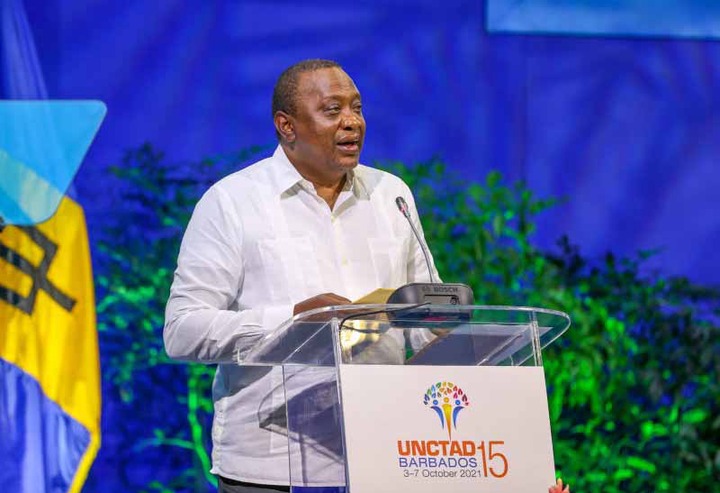 President Uhuru Kenyatta's attempts to influence his succession and have his preffered candidate take over as the next will most likely not pay off, former Cabinet Minister Amukowa Anangwe has said.

The President has reportedly been pulling the strings on what is to happen, with reports indicating that he is doing everything he can to ensure that ODM leader Raila Odinga becomes the next leader of Kenya.

He has reportedly been trying to reunite the entire opposition block, which has fallen out, and has been keen on ensuring that the OKA coalition leadership joins and endorses Raila for the presidency.

Latest details have also shown that he is the man behind Raila's inner circle and has lent the former Premier some of the people who played a role in his 2013 and 2017 elections to help him win.

But Anangwe says that the plan to have Kenyans rally behind the veteran politician will most likely backfire, and that the President will have it hard even handing Raila his own Mt Kenya backyard alone.

He opines that considering that the mountain, the determinant of who forms the next government, has no serious aspirant, area leaders will soon scatter all over and Uhuru will have no say by December. 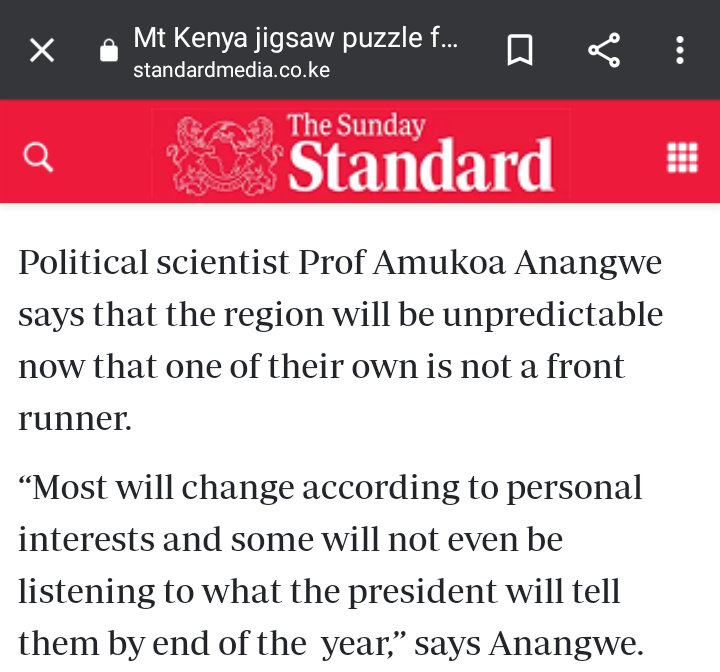 "Most will change according to personal interests and some will not even be listening to what the president will tell them by end of the year,” Anangwe, also a political scientist, told Sunday Standard.

His remarks come at s time when things are already bit good for the President in the mountain, with done area leaders openly supporting his embattled deputy William Ruto against Raila.

Led by Mathira MP Rigathi Gachagua, they on Saturday, while accompanying Ruto to Laikipia, even said that Uhuru no longer speaks on behalf of Central Kenya and that Ruto is the new kingpin.

But allies of the President from Central have said that the region has decided to work with Raila, not because of Uhuru's backing but because of what he stands for and what he has done for the region.

Some, including four governors, have been seen crisscrossing the region with him. Raila is also said to have the backing of the Mt Kenya Foundation, thanks to Uhuru's efforts.