By Thelivis (self media writer) | 8 months ago 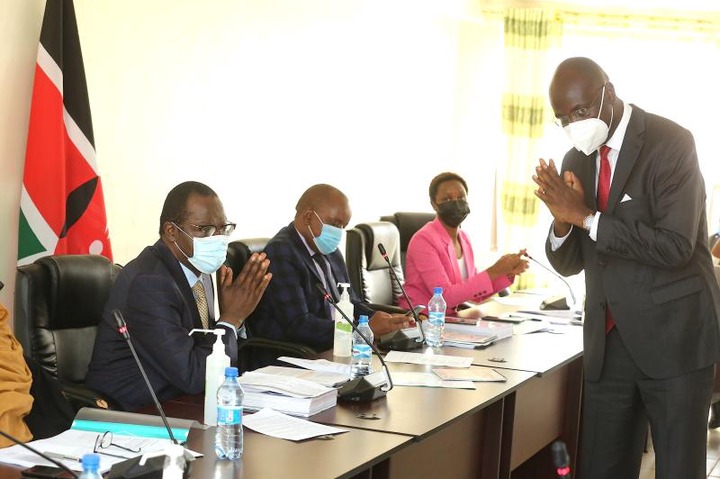 The Governor of Bungoma Wycliffe Wangamati on Wednesday was tasked with explaining the use of the millions of rends allegedly spent on rare resources.

Wangamati, who appeared before the Public Accounts and Investment Committee at Invest and Grow Sacco Plaza in Kakamega town, could not explain why more than Sh59 million had been spent on alleged illegal services. It also emerged that another Sh116 million, from the provincial government, was used to burn private cars whose ownership could not be obtained.

At the same time, the district indicated that another Sh12 million had been spent on air transport. When 15 district officials claimed to have used the money they were authorized to fly, there was no evidence of their departure. The committee led by Migori Senator Ochillo Ayacko also fired Wangamati for failing to submit the provincial government's reimbursement to the Auditor-General on time and in the end, he did not submit the required supporting documents.

"Your audit report was provided to you a few months ago which means you had enough time to prepare your responses and submit supporting documents," Ayacko said, noting that the governor presented some of the required documents during Wednesday's session.

However, the district chief defended the case, saying the delay was due to the lack of a valid template required for the preparation of the refund statement.

He said he only received the template a month and a half ago and kept the time he had was not enough to prepare the refund as expected. He acknowledged that there were challenges and promised that action would be taken against any district officials involved in any wrong doing. Wangamati also said he was working on ways to close any gaps where money was lost.

“With regard to the use of private vehicles, we inherited that problem from the previous management. I had to use a private car until recently when I was bought by the district government,” said the manager.

Wangamati said those who supplied petrol to the district government were under an obligation to make sure that they recorded the details of the vehicles in response. "We are working with suppliers to introduce fuel cards so no unauthorized vehicle is funded by the state government."

Isiolo Senator Fatuma Dullo, Christopher Langat of Bomet and Nominated Senator Mercy Chebeni have insisted that the provincial government provide details of all private vehicles that generate public use and the names of their owners.

They also asked the governor to provide proof of competitive bidding while renting private cars and staying with fuel suppliers and lawyers who provide legal services to the regional government.

“Many districts have lost a lot of money in legal services and some cases could not have been settled out of court. We want to know the nature and magnitude of the cases to allow for large sums of money to be spent,” said Dr. Langat.

The team gave the district government two weeks to provide details of the vehicles and secure them with the Auditor-General for verification.

The End Of The World Could Be Sooner, As Scientists Make This Astonishing Discovery