As per the photos shared on social media by Political aspirant Weston Wanjohi, the KANU supporters who have stormed the streets in the North eastern region county, most are dressed in the red attires associated to the party.

Also they can be seen displaying posters of Baringo Senator Gideon Moi who is now the presidential aspirant of the founding party in the country. 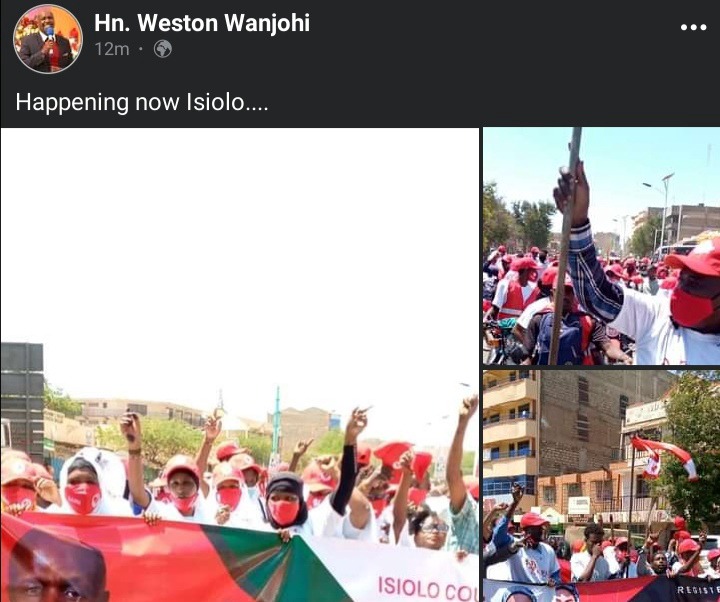 This comes just a day after Gideon Moi's political rival Deputy President Willian Ruto stormed the region where he hunted votes ahead of the 2022 general elections. 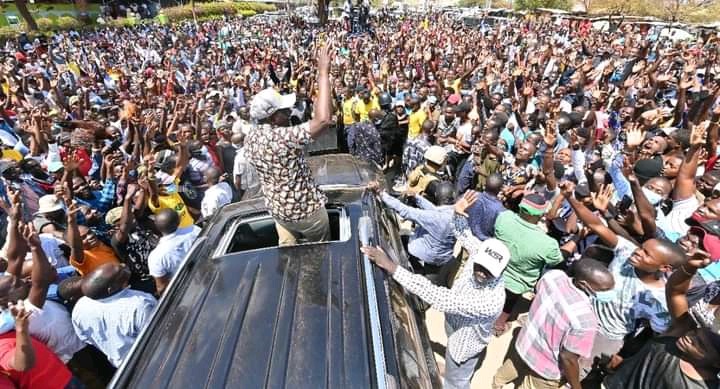 During his tour in the region Ruto continued to champion for the hustler narrative citing that by adopting the bottom-up economic model that problems facing millions of Kenyans can be addressed.

However the supporters of KANU and Gideon Moi taking to the streets in Isiolo seems to be a huge blow to the DP since his campaign in the region has lasted more than 24 hours.