By NRMedia (self meida writer) | 16 days

When it comes to political comics and theatrics, North Rift leaders never disappoints. 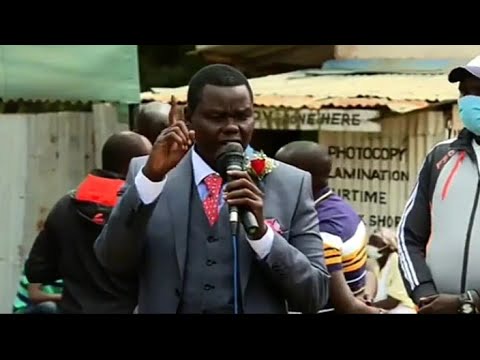 The humour that first started with the famous West Pokot county Governor John Lonyangapuo over hilarious Kijana fupi round remark commonly known as Mulmulwas, seems to have diffused to Ainabkoi MP William Chepkut.

The controversial legislator, once again found himself entertaining the MPs in parliament on Wednesday after his remarks left many nursing chest 'injuries' due to laughter.

While commemorating the late Juja MP Paul Koinange, Chepkut said he was a humble person, who usually bought him Mandazis and tea at local eateries.

"He used to be at work by 5am in the morning and used to buy tea and mandazi like me Chepkut, a very humble person. When we heard of his death, we were with MP Kaluma. We all cried and fell down" he said amid laughter from the MPs.

At the same time, Chepkut left many in stitches when he urged the house Speaker Muturi not to underate him, addong that good things were coming on his way as well as that of speaker Muturi before the next general elections.

He described Raila as a humble servant who has no greed, adding that what the former premier needs at the moment is just 'good suits' and a salute and he is all contented.

Chepkut made headlines in 2017 when he defeated Jubilee's Samuel Chepkonga with his first speech in parliament leaving many in stitches.

The MP also caught the attention of many with his suit taste as well as theatrics in ceremonies at his Ainabkoi constituency.