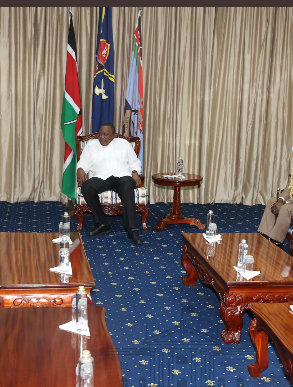 Today, while Raila Odinga was unveiling his running mate, President Uhuru Kenyatta was held up in a meeting with US Army General Townsend.

The President sent Interior Cabinet Secretary Fred Matiang'i to represent him in KICC, where Raila Odinga unveiled his running mate,as revealed by Raila himself.

The discussion between President Kenyatta and General Townsend, Commander of the U.S. Africa Command, centered on peace and security in the Horn of Africa region, with a particular focus on Somalia.

The Head of State valued the security collaboration between Kenya and the United States, especially in the battle against terrorism.

Regarding peace and security in the region, we are appreciative of our collaboration with U.S. Africa Command. We look forward to continuing our relationship," President Uhuru told Townsend.

General Townsend, for his part, promised President Kenyatta of the sustained relationship between the United States and Kenyan military.

Gen. Townsend was accompanied by the Chargé d'Affaires of the U.S. Embassy in Nairobi, Eric Kneedler.

Chief of Defense Forces General Robert Kibochi and Head of the Public Service Dr. Joseph Kinyua were also present at the meeting. 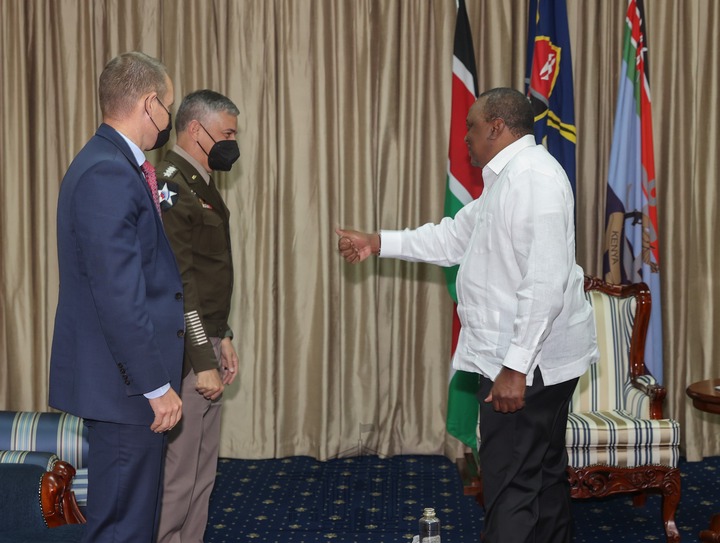 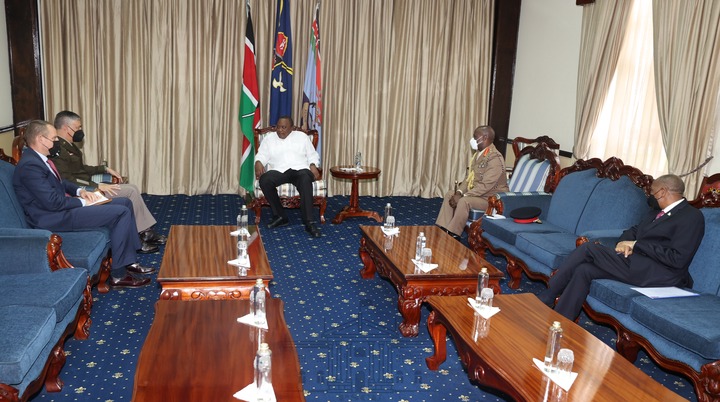 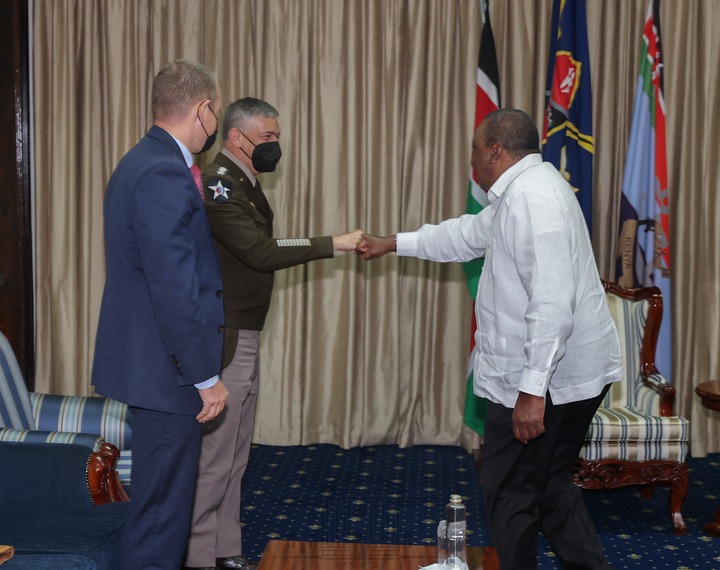 Uhuru Eying To Finish Ruto? Uhuru Attacks Ruto, Tables What He Should Do Before August Polls