By ronaldcharley (self meida writer) | 29 days 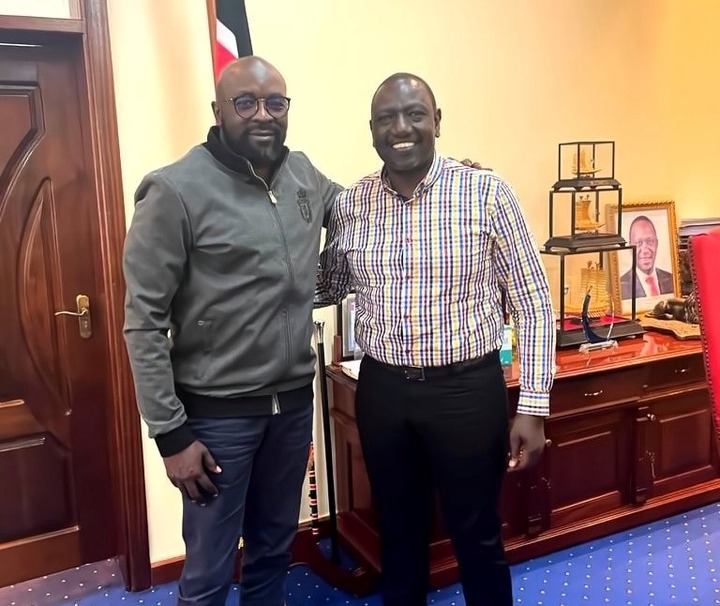 There is mixed reactions from Kenyans after a prominent criminal lawyer who joined Deputy President William Ruto’s camp spoke about his political future.

Lawyer Cliff Ombeta has said that come 2022 elections, he will go for the Bonchari Constituency seat after he had shelved his ambition in the recent mini-poll.

Kenyans have however claimed that the renowned criminal lawyer will be defeated after he announced he will vie on the UDA ticket, a party associated with DP Ruto.

Kenyans claimed that UDA which was defeated by ODM in the by-election in Bonchari is not allegedly well-known in Kisii and that Ombeta stands a better chance of winning if he vies on another party.

Lawyer Ombeta according to Nation said he had dropped his bid in the mini-poll to support another UDA candidate, Teresa Bitutu, but she failed to capture the seat.

Kenyans had mixed reactions as some questioned who will defend criminals when Ombeta joins politics as others urged his to dump Ruto’s UDA if wants the seat in Kisii.

“Boncharians are not ready to board wheelbarrows,” said Ongubo Frank.

“So UDA is the talk in Bonchari? This UDA gonna bring heartbreak and heart attacks to some politicians,” said Eric Njeru Gitahi.

“And who will represent criminals jamani,” said Kennedy Nandiri.

“Cliff Ombeta is famous in Nairobi and Mombasa not Kisii,” said Eduardo.

“After defending them for so long, now he wants to be part and parcel with them,” said Richard Njenga.

“The party can cost him big time. Let him seek the post from another party if party politics is anything to go by,” said Caleb Maoya. 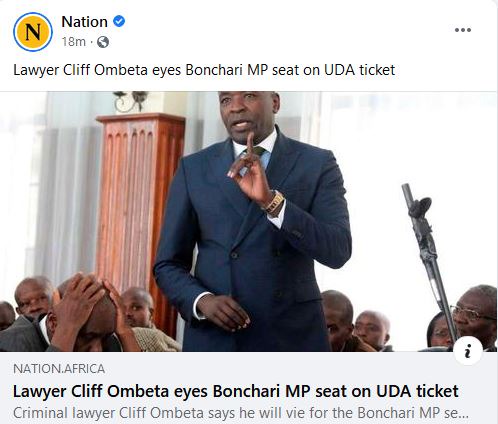 Uhuru, Gideon Moi And Raila Expected To Do This As Uhuru Jets Back Tonight