"Some of my Colleagues Sacrificed me Because of Political Pressure From Their Party Bosses," Sonko Says 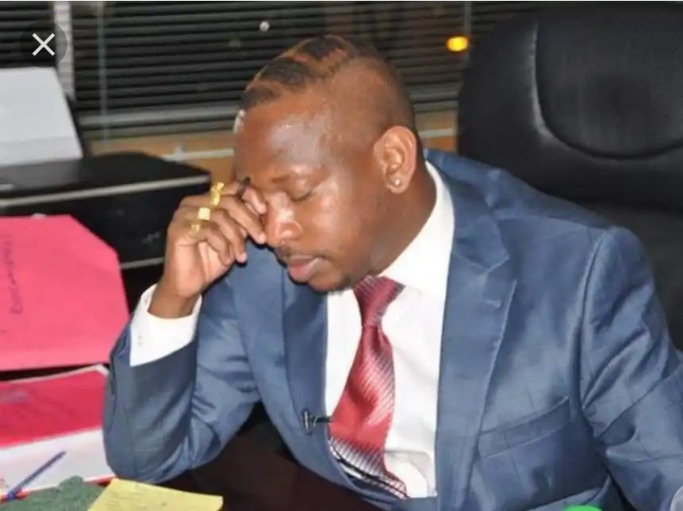 Sonko on twitter claimz that some of his former colleagues in the senate of kenya had to sacrifice him because of political pressure from their party bosses who personally called them one by one to Sonko because he was not Born in state house and his father was not the president nor minister and vice president as well.

"Some of my former colleagues in @Senate_KE had to sacrifice me coz of political pressure from their party bosses who personally called them one by one to impeach me because I was not born in Statehouse and my father was not President nor Prime Minister and Vice President as well." 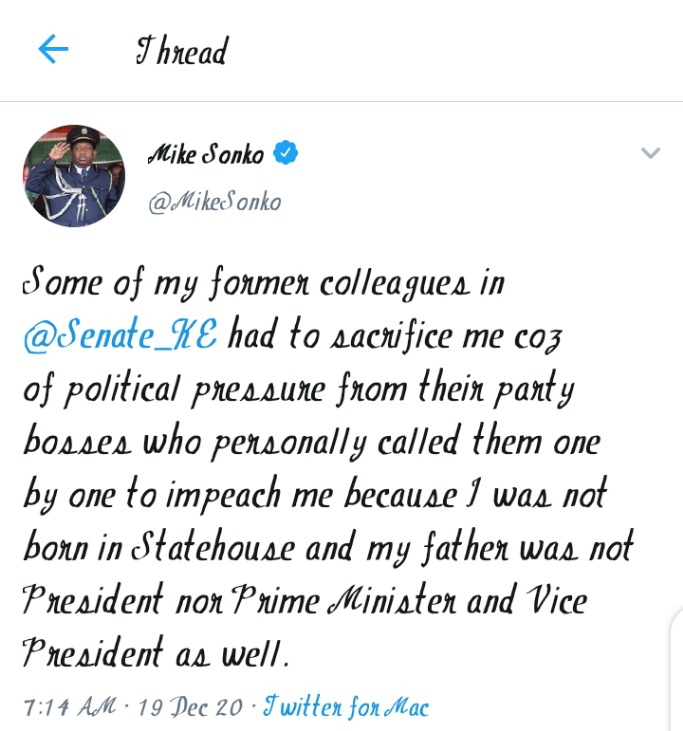 Another fan replied saying,"I was about to sympathise with u and I rembrdd you was once singing by the tunes of the same lords who are for impunity. It's only that the axe has come on ur side 😴😫 bt I strongly believe one day there will come a comrade who will be driven by the will of the ppls.not ytuhuru."

Another fan replied saying,"Sonko ur brother kilonzo abstained,the worst thing in history of kamba land.Sakaja the same,they could have said yes or no instead of loosing the vote.I was worried."