2022, general election was the most observed and followed by many people across the globe.

William Ruto was declared the president elect by Wafula Chebukati and this raised many concerns from the opposition team.

According to the commonwealth group of observers, the relevant authorities and stakeholders should immediately address the election malpractice allegations which has been made by the Azimio fraternity and four IEBC commissioners after the presidential election results were announced. 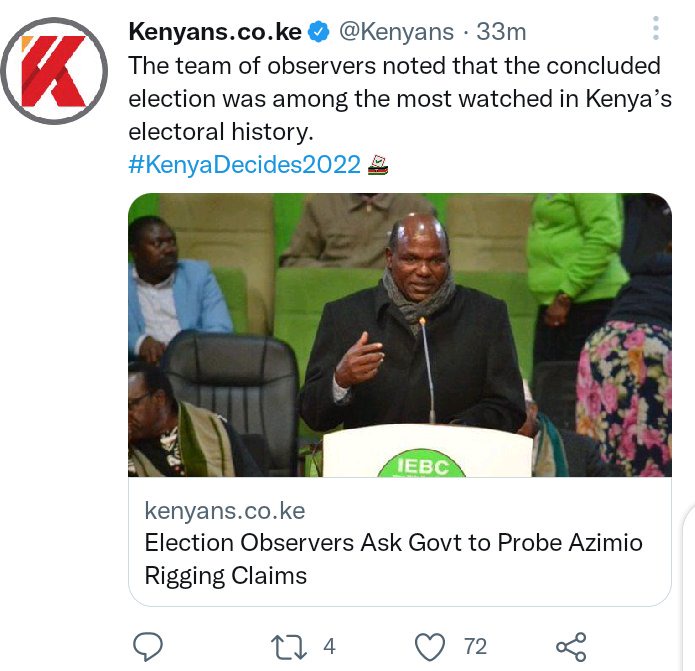 The commission also said that they are fully satisfied with the elections results and that their no rigging that happened.

"The group is concerned at the allegations of lack of transparency at the IEBC made by four commissioners in a press conference on Monday, and other allegations from other sources," the statement from commonwealth group of observers read in parts.

Raila Absent During Briefing By Kalonzo

"If You Want To Win Elections, Talk To Me" Kalonzo Now Says As He Reprimands Ruto On His Address

"I Pledge My Loyalty to Ruto, I Have No Apologies to Make" Raila-Allied Lawyer Says

"If I Was William Ruto I Would Withdraw..." Kalonzo Advises President Ruto On How He Can Avoid Shame