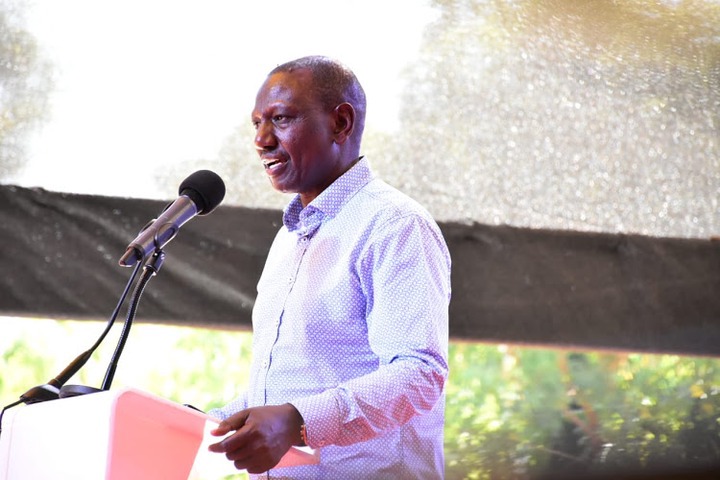 Details have now leaked regarding the ongoing happenings between the four NASA leaders, amid their ongoing exchanges regarding the revival of the opposition coalition currently on its death bed.

The alliance is currently considered dead, with three members leaving to join the One Kenya Alliance (OKA), accusing the forth one, Orange Democratic Movement (ODM) party leader Raila Odinga, of betrayal.

This is despite alleged efforts by President Uhuru Kenyatta to reunite the four, to make them stronger and able to beat Deputy President William Ruto when he endorses one of them for the presidency next year.

Details now indicate that despite maintaining that the alliance is dead, Musalia Mudavadi, Moses Wetangula and Kalonzo Musyoka are still pursuing Raila in a bid to have him share political party funds with them.

It is for this reason that The Standard has established that he held a meeting with Kalonzo on Thursday night. Kalonzo, the paper reports, was sent by the other two, after a meeting early last week, to speak to Raila over a "set of grievances" in NASA. 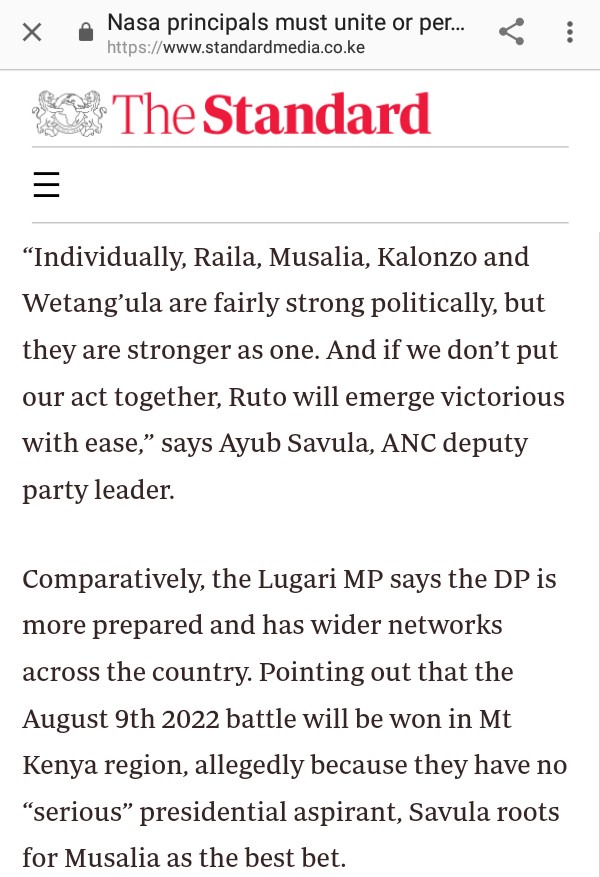 “We are aware ODM has lately received cash from State coffers and we accordingly want our rightful share. We expect feedback from Kalonzo on Monday, on what transpired,” Wetangula told the Sunday Standard while confirming both meetings.

The meeting, however, has been confirmed to have not had anything to do with the revival of the alliance, even as Raila holds that talks to resuscitate the team are in progress and will soon bear fruits.

The most vocal one against the revival of the alliance has been Mudavadi, even as his own deputy in ANC says that this is the only way Ruto can be blocked from running away with the top seat.

Lugari MP Ayub Savula maintains that the DP is more prepared than each of them, and that he will humiliate the four if they approach the elections in disunity.

“Individually, Raila, Musalia, Kalonzo and Wetang’ula are fairly strong politically, but they are stronger as one. And if we don’t put our act together, Ruto will emerge victorious with ease,” he told the paper.

He, however, says that should the four get a way of coming back together, Mudavadi should fly the flag, as he is more acceptable to Kenyans unlike Raila, who is feared by some and Kalonzo, who he says is weak.