By @Milly (self meida writer) | 3 months 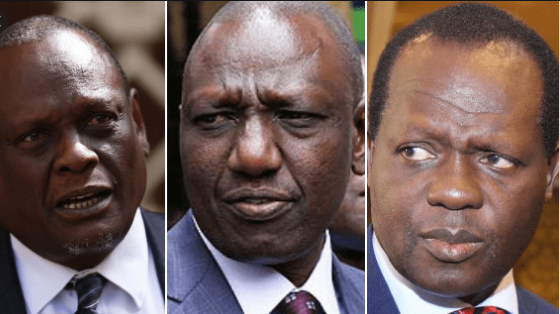 Jubilee party Secretary General Raphael Tuju has broken his silence after the party's vice Chair David Murathe, hinted that the party is prepared to kick out the Deputy President William Ruto not only from the party but also from his Karen residence.

Raphael Tuju who spoke with the Standard yesterday stated that there were no plans to evict or impeach the second in command, on claims that he was elected by the voters alongside President Uhuru Kenyatta.

Tuju alleged that Ruto's eviction and impeachment will attract not only attract unnecessary attention from the Parliament but also from the Judiciary, and the party's leadership is not ready for the moves.

Speaking during an interview with KTN News on Thursday, Murathe stated that Ruto's eviction from Karen was inevitable adding that he, the deputy president and his close allies are not used to team work.

"There will be an eviction party from the hustler mansion in Karen. .. it is loading. When you form a team, it doesn't matter who becomes the lead most importantly remain a member of the team," said Murathe.

The different sentiments from the two members of Jubilee's leadership only indicates that there can be further divisions in the party with each leader having a different opinion.