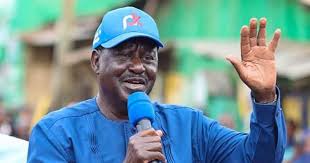 A poll conducted just days before the election by Infotrak predicted that the Azimio la Umoja presidential candidate would win the election in round one with 52% of the votes cast. DP Ruto was expected to receive 45% of the vote.

TIFA, on the other hand, predicted a Raila presidency with a 53% chance of success. Ruto came in second with 45%.

However, the DP defeated Raila in the polls and was declared the president-elect by the chairperson of the Independent Electoral and Boundaries Commission (IEBC), Wafula Wanyonyi Chebukati. 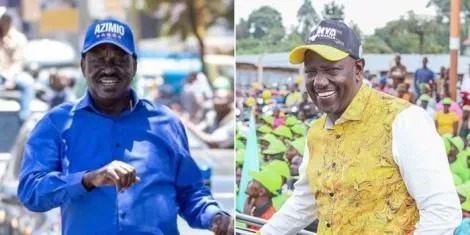 Notably, prior to the elections, only one major polling firm had Ruto ahead of Raila. The DP defeated Raila in two polls conducted by Intel Research Solutions (IRS).

IRS projected Ruto's victory at 50.5 percent in a poll released on August 1. The former premier came in second with 42.7 percent. 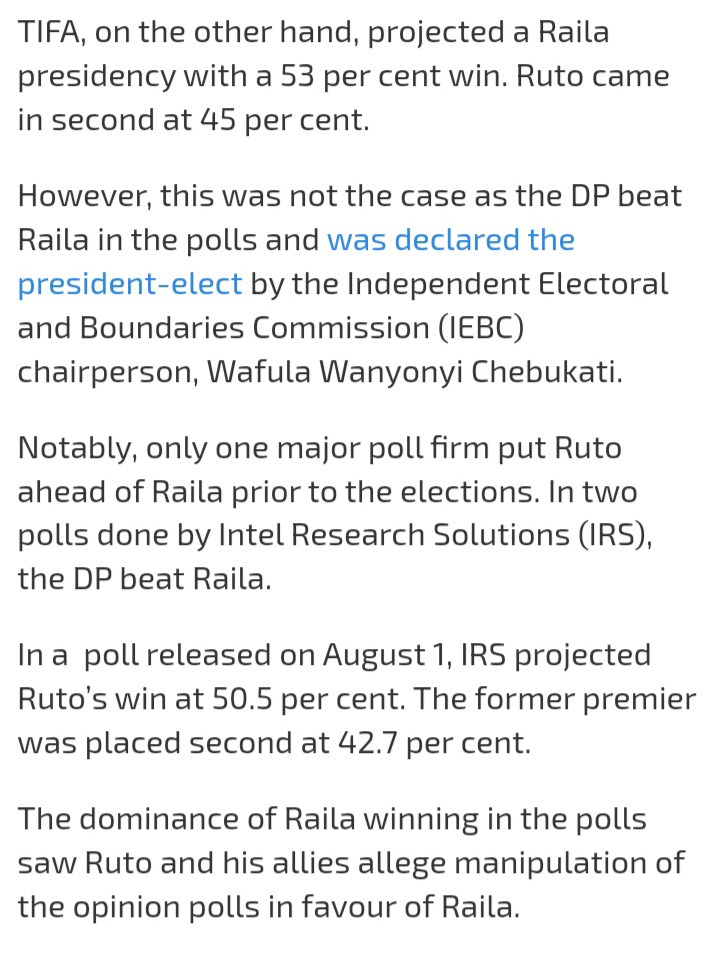 The dominance of Raila in the polls prompted Ruto and his allies to accuse Raila of manipulating the polls.

They claimed at the time that the government was manipulating Raila's numbers in order to influence voters.

"We will put an end to these people politically." We've now defeated them in agenda setting, manifesto writing, and all other areas.

"All they have left are opinion polls, which they release every week." "This is a plot to overturn the election results," Ruto said at the time.

Uhuru CS Speaks After Ruto Names Cabinet, Shows Concern About The List After Ruto Failed To Do This