By UDAKUSASANEWS (self meida writer) | 3 days 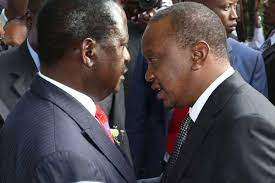 Uhuru has already landed in Mombasa as Ruto men continue to speculate after a photo of Raila and some of Uhuru’s strong supporters surfaced online. The photo which was first shared by Raila Odinga has forced Dennis Itumbi who is close to William Ruto to allege that Raila is being groomed to take over from the president. This has been met with sharp reactions from Kenyans. 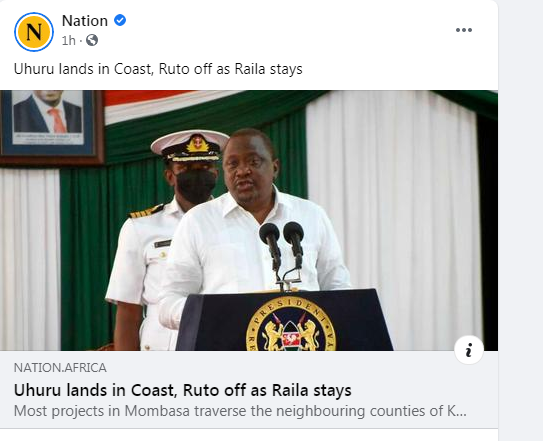 According to Daily Nation, Uhuru is expected to meet the former prime minister as they seek to begin a tour of the region only hours after his deputy was in the same region for close to three days where he addressed thousands of residents from the region. 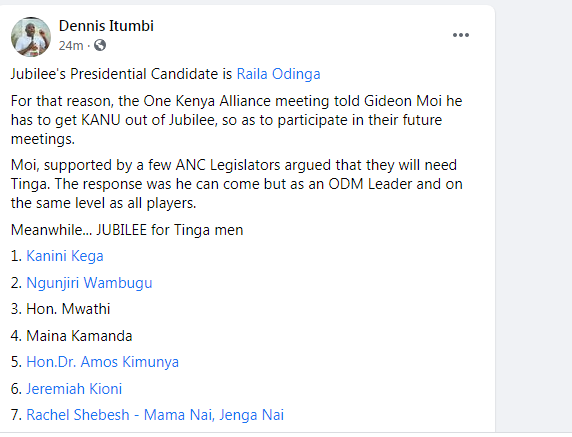 Despite claims that the two parties have halted coalition talks, the meeting between Raila and Uhuru’s allies has raised eyebrows with others claiming that there are high chances that the head of state will endorse Raila. Do you support Itumbi’s claims that Raila is Jubilee’s preferred candidate? React below.

Content created and supplied by: UDAKUSASANEWS (via Opera News )

"Our People's Interests Shall Not Be Negotiated By Strangers," Governor Waiguru Alleges

Ruto's Camp Gets Another Message From Mt. Kenya As Leaders Declare This In Meru