Kenyans.co.ke has today reported that DCI Detectives and other officials deployed to investigate what happened during Azimio Rally in Kisii when Karua was teargassed have today established, that the said rogue official was under instruction from an unknown group of political leaders who wanted Martha Karua chased away from the ODM backyard for allegedly failing to align with what ODM Wanted.

According to the reports by the Media station, it's also emerging that the Said Police officer was off duty, and curiously, he didn't attend the parade that usually takes place before the Men in uniform are deployed to guarantee the safety of Political rally attendants, with those in the know indicating that his fellow officers were also met off guard to see him drop the Teargas. 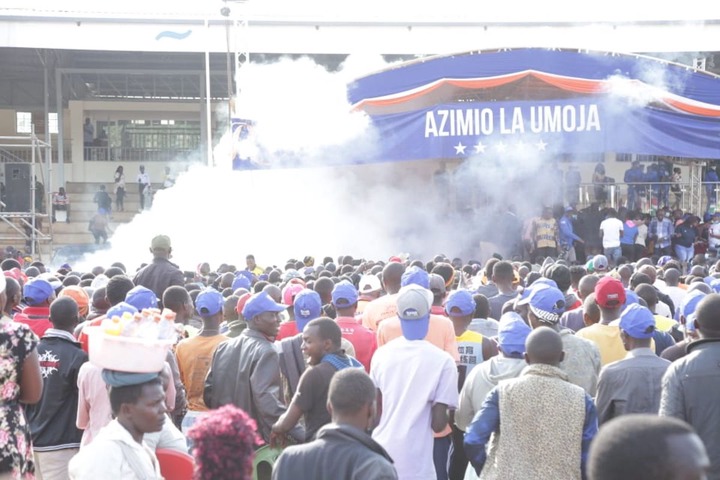 "According to the Kisii Central Police boss, Peter Kimani, the cop in question, was off duty and was not expected to be at the rally in an official capacity.

"The police boss noted that the officer did not attend the parade usually held at the station in the morning hours before deployments are done," Kenyans.co.ke reported.

But to connect to the whole story, Kenyans.co.ke has also established that there was a standoff between allies of James Ongwae and those of Simba Arati.