By NEWSWIZARD.KE (self meida writer) | 1 months

United Democratic Alliance (UDA) Party's Chairman has responded to President Uhuru Kenyatta remarks towards his Deputy and the reason why the BBI Report did nit get the reception it deserved from kenyans. The remarks by the Head of State comes few days after the Court of Appeal affirmed the decision that had been made earlier by the High Court of terming the proposed BBI bill as unconstitutional. The move by the two courts has prompted President Uhuru Kenyatta to accuse DP e and his allies as the reason behind the fall. 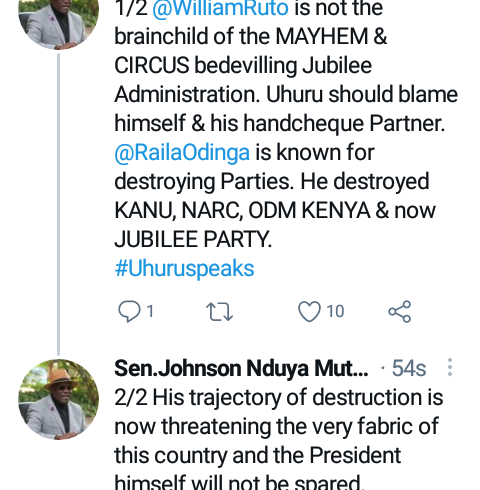 However, former Machakos Senator, who is also the UDA's chairman has responded to President Uhuru Kenyatta dig at his Deputy. Taking to his Twitter handle on Monday night, Muthama to Uhuru to accuse the Former Prime Minister Raila Odinga because he is the one who has a history of destroying things. Muthama says that President Uhuru Kenyatta has himself to blame for all that happened ever since the imminent fall between him and his Deputy William Ruto. 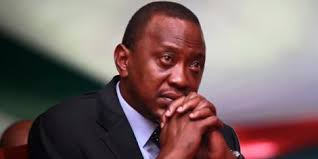