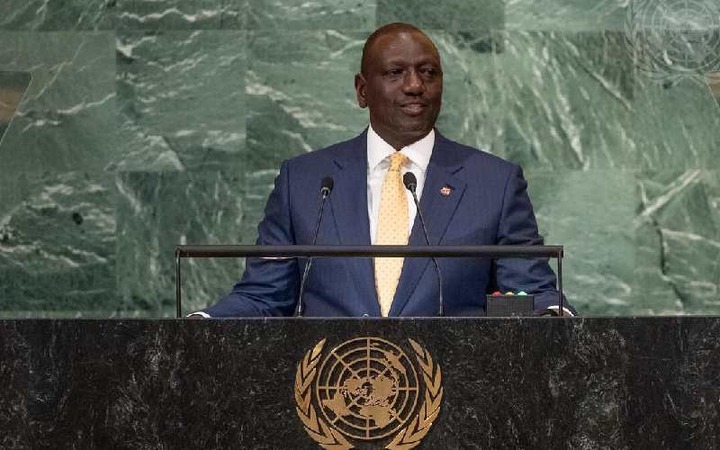 President William Ruto yesterday wowed a good number of Kenyans for the address he delivered during the United Nations 77th General assembly that took place in New York, United States.

Most of them praised his eloquence, how he was keen to detail, and the issues he presented, keeping in mind that he is only a week old since he assumed office as the fifth president.

However, a number of them criticized the president for using a teleprompter, saying he should have done his freestyle mode of speech as that suits him best since he is a known orator in the country.

According to Public Policy Analyst Silvester Kasuku, Ruto did nothing wrong to use the teleprompter since it is one ways of delivering speeches that has been used in the modern society, adding that even the President of the United States Joe Biden used the same. 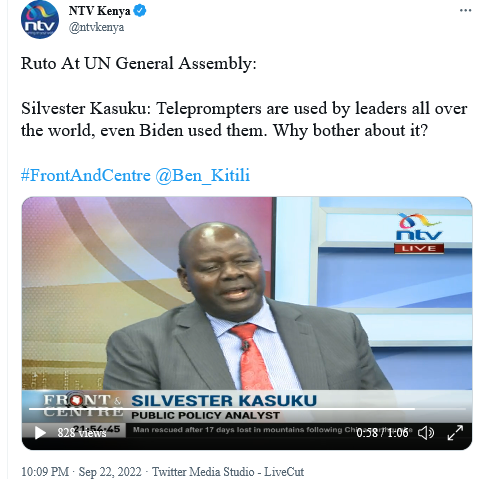 In his view, Kasuku said that Ruto did very well on how he delivered the address, adding that the main thing is about the 'stage' and the president used the global stage to sell his agenda and that of the country to the world which is a plus to Kenyans.

"There is nothing wrong with using teleprompters, but it is understandable for Kenyans to make such remarks since the election dust is still settling down. We need to deal with substantive issues and particularly where was he pitching from, the global stage."

"He is the president of Kenya, what he said out there was taken to be what Kenyans are saying, and any position that he takes is considered as the country's position. Him addressing the regional conflicts, climate change, agriculture, governance, public debt among other issues is what matters, and I can say he articulated the issues well."