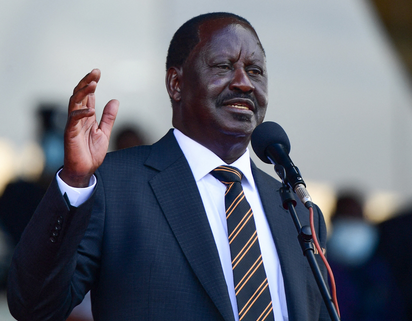 Through his You Tube Channel on Tuesday, Manyora said that Raila is a man who cannot be wished away or ruled out in the 2027 and 2032 polls despite the Azimio loss in the August 9th 2022 polls which was his fifth unsuccessful bid.

Manyora held the view that Raila might appear as becoming politically weak since a good number of his allies are ditching his camp and joining hands with President William Ruto's Kenya Kwanza Alliance, but that does not imply he is fading politically, since he has in the past re-engineered himself.

"I would be hesitant to write off Raila. In terms of age, Raila is a young man, he can do two terms. He can run in 2027 and 2032, he is a young boy. There are people older than Raila who have contested in other countries or are running big industries. A 80-year old in America is a young boy. Politicians keep changing as a strategy, the Raila of the past is what Kenyans want," said Manyora.