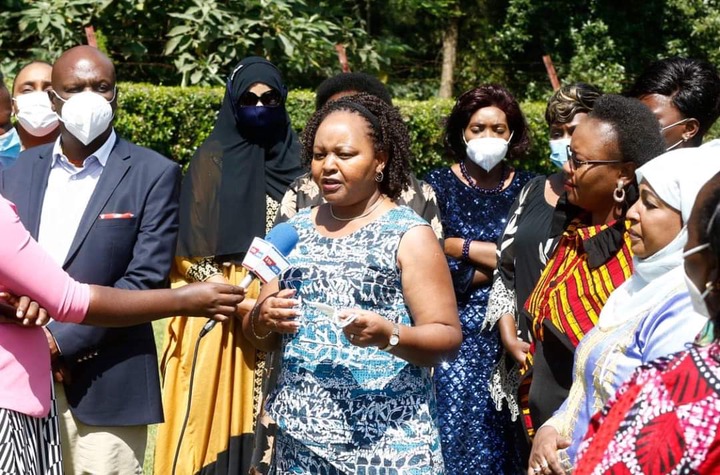 Following his latest statement, she made yesterday via Citizen TV, she seemed to have completely been annoyed and somehow disappointed by Uhuru's camp with regards to what is currently happening to her over the past graft case of the NYS money scandal.

She got to blame the Jubilee government for trying to frustrate her over her current political stand by sending the EACC officers into her home and office in an attempt to revisit the NYS scandal case.

Now that she seems to be on her way out of the ruling party, she has highly been linked to DP Ruto's fast-rising United Democratic Alliance party (UDA).

This has however not yet been confirmed by her or any UDA party official as new reports emerge that she could be on her way to a political party or a coalition which she strongly feels is going to win the 2022 general elections.

And according to Senator Gideon Moi's closest ally and number one online lieutenant Ronoh Cornelius, the embattled Kirinyaga County Governor could be on her way to Gideon Moi's camp and not Ruto's UDA or Raila's ODM.

This is especially after Senator Gideon Moi officially announced his interest in the 2022 top political seat in the country.

Currently, Senator Gideon Moi appears as one of the top favorite candidate to clinch succeed Uhuru with both the endorsement of the entire One Kenya Alliance team and also probably by Uhuru Kenyatta who is most likely to return back the favor he got from Moi who introduced him into national politics.