By Relationship (self media writer) | 1 month ago 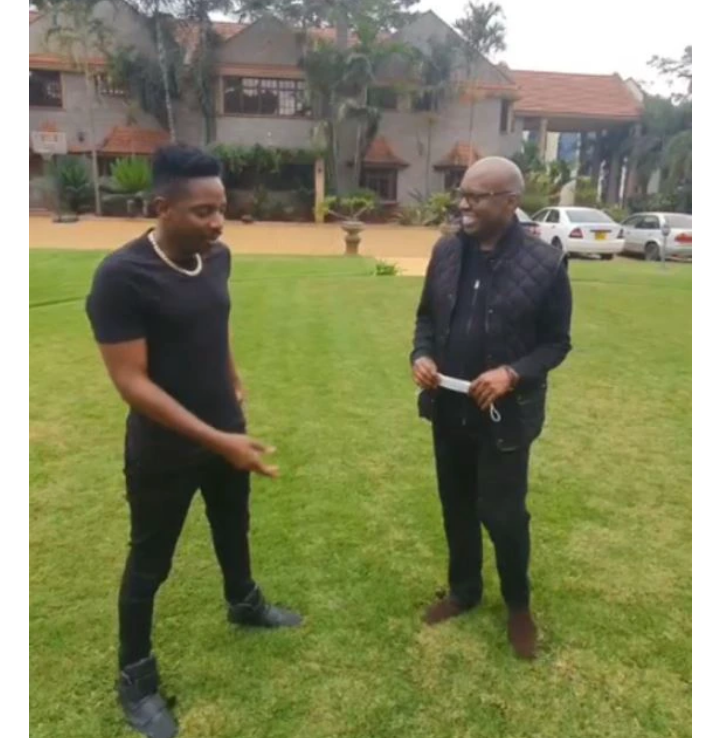 This previous Monday, the 6th, Eric Omondi was at Wanjigi's mansion in Muthaiga in what was their first official meeting after openly endorsing his presidential bid.

Eric Omondi and Billionaire Jimmy Wanjigi, held talks which finalized with Omondi bagging the role of being Wanjigi's mouthpiece, his political spokesperson.

This comes barely weeks after netizens were on Eric Omondi's neck for a comment that seemed to be endorsing Jimmy Wanjigi.

The comedian is now smiling to the bank for the awesome turn of events with the billionaire wheeler-dealer.

"We have agreed that in the forth-coming months, I will be communicating Wanjigi's vision for Kenyans," Omondi said.

He added that Wanjigi shared his political manifesto and agendas for Kenyans and made it clear that they had not discussed his position in Wanjigi's bid for presidency before their meeting this past monday. He added that with his presence as Wanjigi's spokesperson, he will make due diligence in conveying the billionaire's development agenda for Kenyans as a whole.

He further said that he has no regret endorsing Wanjigi to his fans and that his motive is not deterred by the fazing comments he received. He finished by saying that Kenyans of a different opinion will always feel entitled to bash one another, making it clear that it is everyone's right to support the candidate of their choice and that is why he is pledging his support and allegiance to Wanjigi for having a good track record and for his prowess as the leading businessman in Kenya.

It makes us wonder where the loyalty of the Mount Kenya region will lie having several of its people stand up and be counted as interested parties in the race to the White House. Jimmy wanjigi, Baringo Senator Gideon Moi , Moses Wetangula, William Ruto and Raila Odinga are just a few of those interested in 2022 presidency.

Content created and supplied by: Relationship (via Opera News )