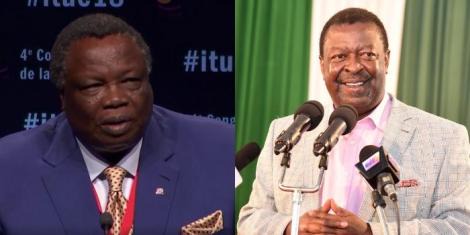 Amani National Congress (ANC) party leader Musalia Mudavadi has today hit out at the Central Organisations of Trade Unions (COTU) Secretary General Dr Francis Atwoli, accusing him of accepting to go in bed with the government and stop fighting for the rights of the labour movements in the country.

Speaking during his party Amani National Congress (ANC) party National Delegations Conference (NDC) at the Bomas of Kenya in Nairobi, Musalia blasted the COTU Secretary General Dr Francis Atwoli saying that he is a clueless and clawless leader as a leader of the labour movements.