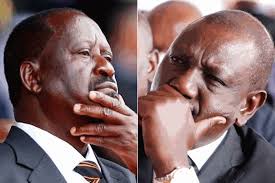 Raila Odinga yesterday in Homabay stated how his enemity with the Deputy President started.Raila Odinga told the people of Homabay that the second in command is not to be trusted since he has a history of corruption and cannot be entrusted with public resources.

Allies to Raila also condemned the act that William Ruto was almost slapping the President as a result of wanting to give up on the Presidency and go to Ichaweri after the supreme court ordered for a re-run.Raila Odinga has come clean to say that he parted ways with Ruto the day he found him on the corruption corner.

Raila says a shortage in maize led to the Government ordering the staple food from South Africa which was then shipped to the coast.The maize was to be sold to the millers at around Ksh 1500 per bag which was a subsidized price the Government had ordered so that the common citizen could afford after all factors of production were factored in the final price.

The amount that was agreed was never honoured and as a result William Ruto who was by then the Cabinet Secretary for Agriculture decided to collude with his parliamentary friends who went ahead and sold the maize at Ksh 2800 which interfered with the final price since it raised the flour prize making it unaffordable to the common citizens. 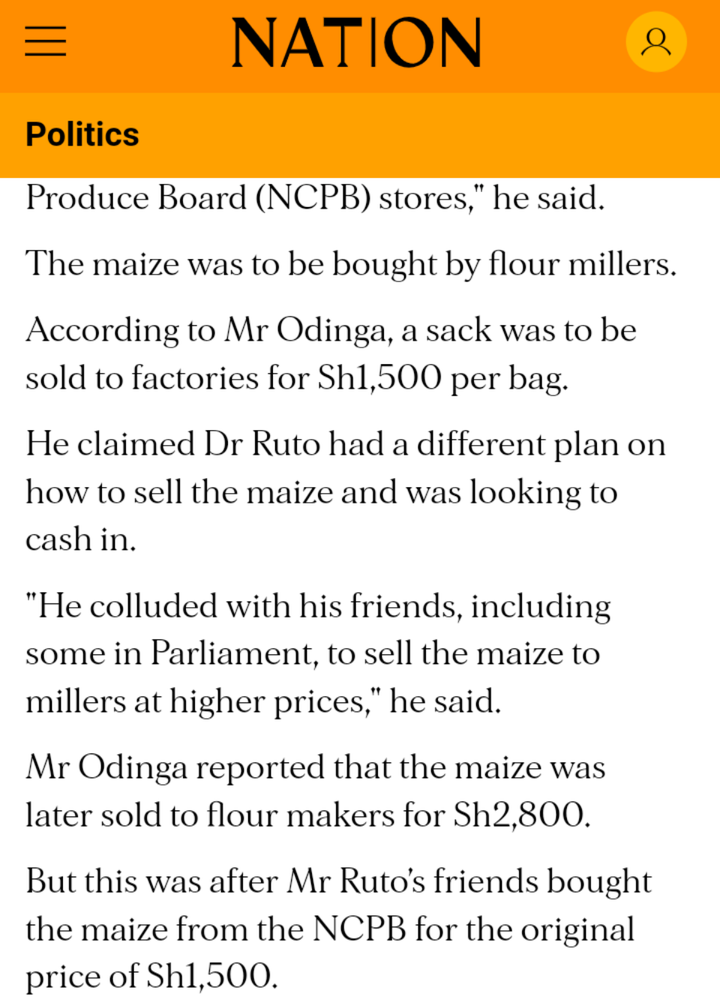 The Ksh 1300 difference is what led to Raila being furious with Ruto since it was a corrupt move hence he Suspended Ruto but was reinstated by Kibaki in the long run.Since that time to date they have become political enemies.Please share and comment.