Deputy President William Ruto has also declared his fresh plans for the ODM Party Leader Hon Raila Odinga ahead of the upcoming 2022 general election even as President Uhuru Kenyatta's Jubilee Party Moves with speed to Chase him out of the Ruling Party. 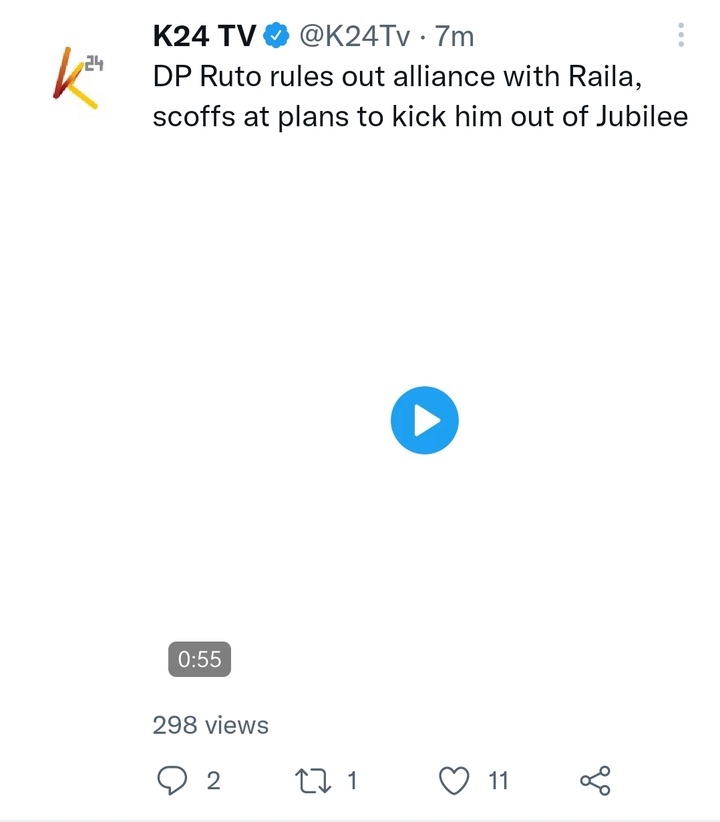 According to the report by K24 on Thursday, the second in command has announced that he is committed to ensuring that President Uhuru Kenyatta doesn't leave the nation in the hands of tribal experts who are likely to throw the nation into anarchy, and that is why he is touring various parts of the country trying to sell his Bottom Up economic approach. 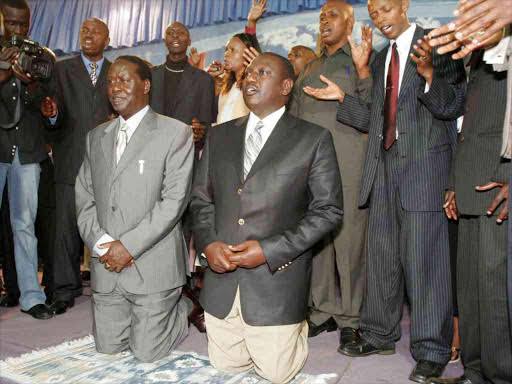 Also, the second in command has touched on the Possible handshake/political re-union between the two leaders (him and Raila) after openly quoting the Bible verse that says that two people cant walk together unless they agree.

At the same time, Deputy President William Samoei Ruto has finally been cut off from Jubilee Party. The announcement was made several minutes ago by the Party through an official statement sent to Social Media.

"Will You Make Us?" Vocal Mt Kenya Ally Reportedly Asks as 2022 Politics Heat Up