By Infographic.ke (self meida writer) | 1 months 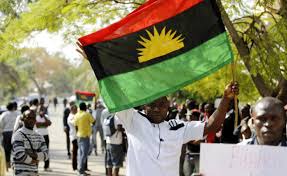 The Biafra Nations League (BNL) has warned President Muhammadu Buhari not to threaten secessionist groups in the East with war.

According to the BNL, the people of the Gulf of Guinea are now wise enough to be used against Biafra's secession, as they were in 1967.

This was stated by the group while announcing its intention to hold a two-day convention to address issues pertaining to the Biafra struggle.

Linus Asuquo Essien, Chief of General Staff of BNL and Leader of Displaced Bakassi Peninsula Youths, stated this in a statement to Muhabarishaji on Sunday.

The group expressed concern about a lack of grassroots awareness and consultation, particularly outside of Igbo-speaking areas.

Biafra: We will shut down the Gulf of Guinea on May 30, insists BNL

According to the BNL, most people are still unaware of why they are fighting for the creation of the Biafra Republic, and that the convention, which will take place by the end of July, will come up with solutions for how they should engage other areas at the grassroots.

According to the group, ignorance can lead to sabotage of the struggle, especially when people don't understand why you're doing what you're doing. 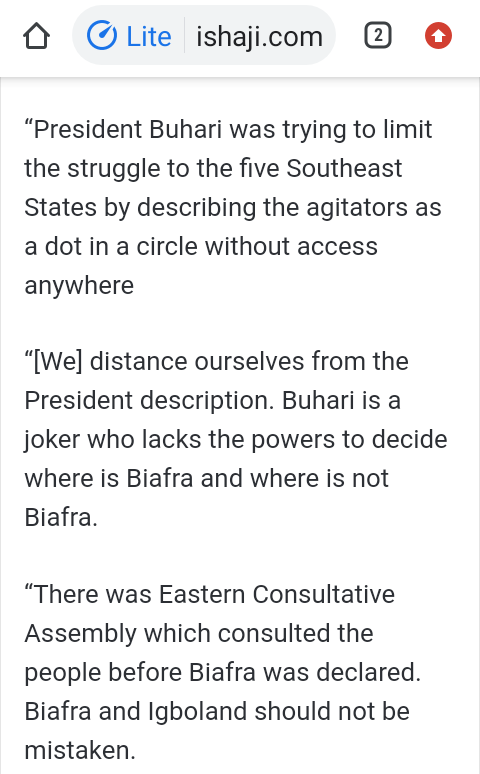 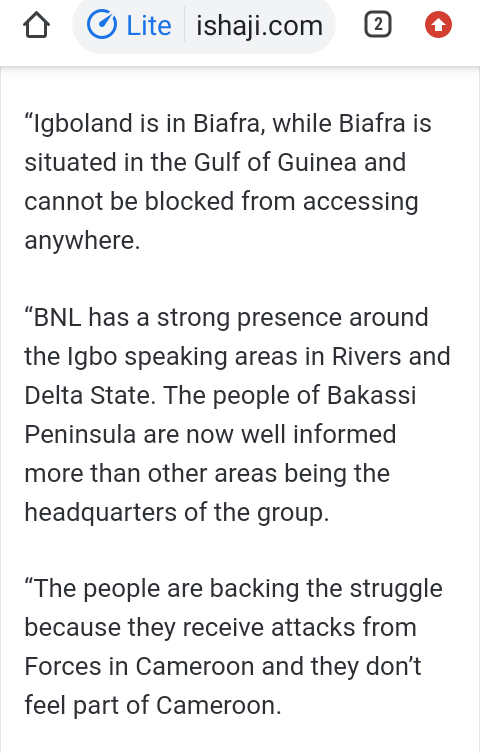 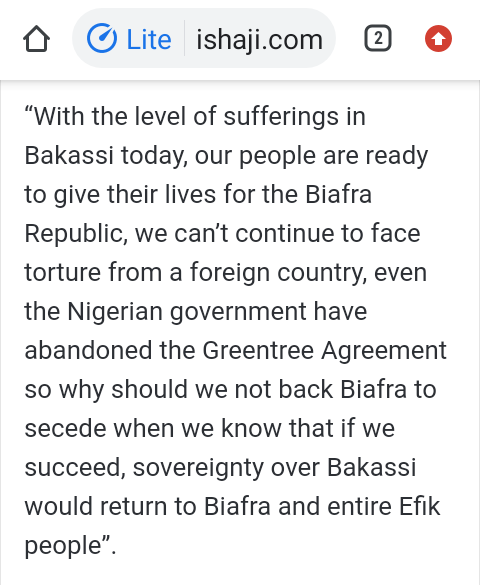 He claimed that the BNL is capable of sabotaging both Nigerian and Cameroonian maritime activities in the Gulf of Guinea, and that they have access to anywhere, both at the Ejagham land borders and the Peninsula, and that they can acquire anything they want through their areas of influence.

The group recalled the Marua Agreements, which were signed in 1970 at the end of the Biafra war between Nigeria and Cameroon over the Bakassi Peninsula and saw the defeat of Biafra as the main inspiration, adding that the BNL has everything it takes to destroy the Federal Government's presence in the Peninsula.

Chants & Jubilations Fill The Air As Raila & Oparanya Land In Migori, To Be Hosted By Junet (Video)

May They Rest In Peace: What Caused The Death Of Four Players Of A Top African Football Club

Kabi Wajesus Ni Mzazi Mtiaji. See What He Carried For Taji On Their Vacation To Diani.

Reactions Over Looming Covid-19 Pandemic Fourth Wave In The Country

Revealed:Why Uhuru's Jet Was Forced To Land In Mombasa Yet It Was Scheduled JKIA