By HOOFEATER (self meida writer) | 3 months

I am reading reactions from tangatanga stalwarts on tweeter and seems Uhuru dawn attack, launched from Mululu caught the camp flat-footed, going by the helter-skelter run that's happening there.

Daktari Khalwale, the bull of Malinya insists that is has to be a "hustler" against the dynasty, and not any other narrative.

Here this senior dish-washer in Sugoi is championing an arrangement that disefranchises him and his jamii. Even within rank and file of other communities, hustlers exist and if the president must be a hustler, then that hustler can come from these 40 communities that have only seen state house via Viusasa and not previous occupants.

Susan Kihika wonders aloud if the president has just discovered that this country has only had two tribes as presidents. Susan herself a scion of a senior dynasty, whose father, a senior GEMA honcho, once paraded his eight women to contest parliamentary seats across the country, but flopped miserably.

She opines that Uhuru ought to have declined to take over the leadership of this country, because his predecessor was another Kikuyu, if he believes in what he is saying. She is both wrong and right in equal measures.

Right because Uhuru is peaching Dasani and drinking chang'aa. Remember, the same Uhuru has also discovered that "winner takes it all" isn't right. He has discovered that after "taking it all" twice.

Late discoveries should be excusable in Kenyan politics, because Ruto has also discovered too late, that dynasties are wrong, after supporting a Kenyatta, Moi and Odinga, a record seven times, in last elections, Moi in 1992 and 1997, Kenyatta in 2002, 2013, 2017 (twice) and Odinga in 2007. The prevailing dynasty is his creation.

Susan herself is a protege of a dynasty. She ought to relinquish her seat and quit elective politics, if indeed she believes that dynasties are wrong for this country. She is the definition of a dynasty.

Lastly, it has been alleged that Uhuru is firmly with Ruto, and supporting his bid, albeit discreetly, as he hoodwinks Rayila in public. Right he could be hood winking Rayila, but then first part of his support for Ruto, was buried yesterday in Mululu, alongside Mama Hannah 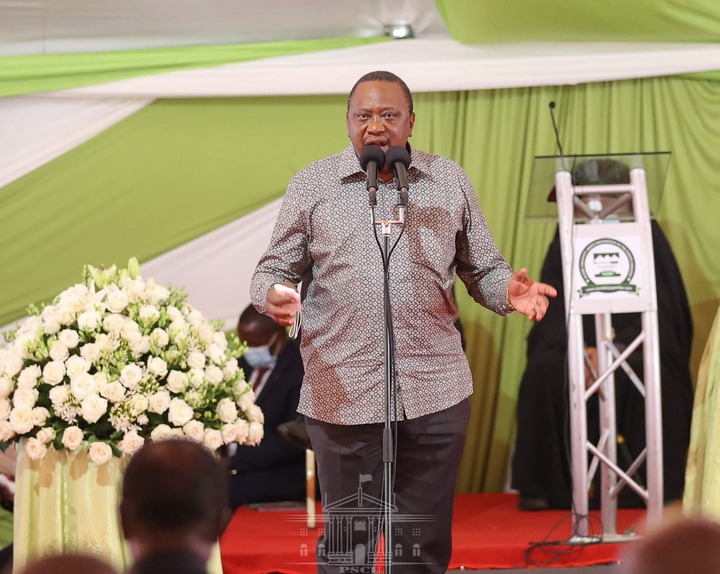 Content created and supplied by: HOOFEATER (via Opera News )

Shut Up You Have Never Stepped Into A Law School, Otiende's Statement That Might Have Got Him Fired

Morning Message: Schools May Not Be Reopened On Monday 10th Because Of The Following, (opinion)

Morning News : Kenyan Government Might Be On The Verge Of Fighting A Double Pandemic (Opinion)

Otiende Omollo: Some Leaders From President's Side Feel That Raila Becoming President Is Irrelevant