Reasons Why Raila Odinga Will Be The Next President Of Kenya

By Spothub | self meida writer
Published 5 days ago - 0 views

Several counties are lined up to pass the dreadful dragon,BBI today.

In today's menu is Central Kenya with seven counties ready to pass it be it bad or good; Kirinyaga,Nyeri,Embu,Murang'a,Nyandarua,Meru and Kiambu.

Machakos and Kitui already had hinted to pass the Building Bridges blindly.

Other 15 Counties are also scheduled to pass the beast today.

So far,twelve counties have already endorsed the anaconda and mcas are pivotal in the whole process. They have become targets of fishermen whose fishing nets have car grants as enticing ingredient for them. With mcas glutton nature,apart from grant,they are demanding ksh300,000 per month to fuel the guzzlers in their small representatives wards. The ksh300,000 appetite was conceived by Western Mcas who have no idea of how Webuye Pan Paper Mill and the white elephant Mumias will be resuscitated.

By today,it is probable the threshold of 24 counties will have been achieved and hence,the dragon will be debated in the next levels.

In other developing story,NASA is feeling the heat as it embarks on eating its own political sons and daughters.

It is longer friendship as dragon championed Baba, has said plainly on their faces to forget their baby cry eti "Baba tushike mikono".

The three have been told they are free to leave Nasa as Baba is dying with ODM but he is planning to resurrect in Jubilee.

Joho is soul searching tactfully as he is humbly requesting Baba to support him yet Baba says he is still able to impregnate "BIBI YA WENYEWE" so,he is not supporting anyone but he will support,himself,him and i to mean him.

The "BIBI YA WENYEWE" pregnancy has had doctors and midwives wondering which sex it is because even ultra sound scanning could not detect any pregnancy presence.

Meanwhile,one "Maasai" is controlling Western region from Kajiado County. This "Maasai" has swallowed a diamond and not willing to mingle with other Westerners! 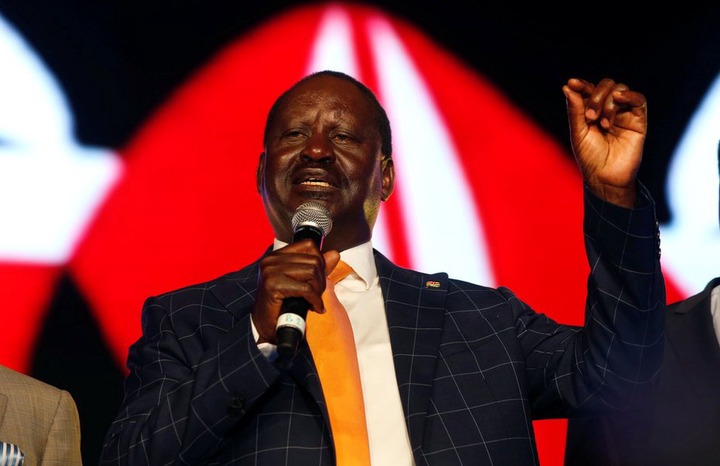 Central Kenya Kirinyaga Machakos Meru Raila Odinga
Opera News is a free to use platform and the views and opinions expressed herein are solely those of the author and do not represent, reflect or express the views of Opera News. Any/all written content and images displayed are provided by the blogger/author, appear herein as submitted by the blogger/author and are unedited by Opera News. Opera News does not consent to nor does it condone the posting of any content that violates the rights (including the copyrights) of any third party, nor content that may malign, inter alia, any religion, ethnic group, organization, gender, company, or individual. Opera News furthermore does not condone the use of our platform for the purposes encouraging/endorsing hate speech, violation of human rights and/or utterances of a defamatory nature. If the content contained herein violates any of your rights, including those of copyright, and/or violates any the above mentioned factors, you are requested to immediately notify us using via the following email address operanews-external(at)opera.com and/or report the article using the available reporting functionality built into our Platform