By Onyaiti (self media writer) | 11 months ago

AP is a civilian police unit under the Kenya Police which is mandated in protecting Kenya internal threats although it has different units that carrIes out various paramilitary operations which are secretive even officers in the service know little about their classified operations. 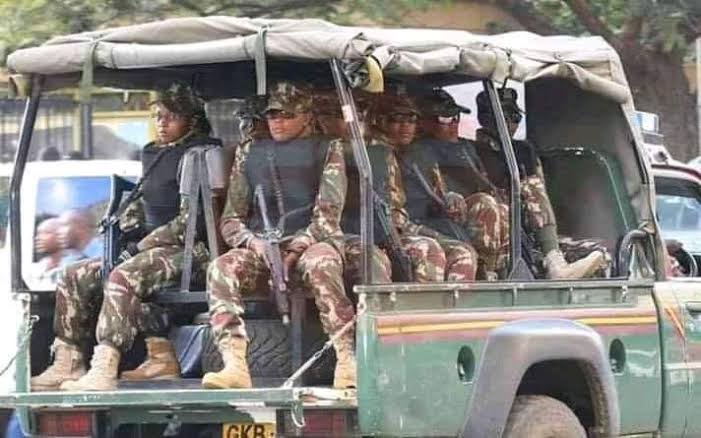 Here are units that carry such operations in the administration police.

This group are commonly known as RADI(THUNDER) within the ranks of administration police,it operates under a commanding officer who is in charge.They are only deployed when an emergency arises and an immediate and fastre responses is needed,RDU instructors have been trained by United States marine.

This unit is said to have received specialized tactics from MOSAD and United States marine and its being rumored that its more lethal than Recce,during the Dusit 4 attack it surprised may with the kind of machinery and artillery it had in its possession. It’s believed that not even forces who work under the administration police know about them as it had remained a secret.

Kenya borders have always remained porous for a long period, it was with this reasons that the Kenyan government created this elite squad which are equipped tactically to patrol Kenya borders and protect the country from external attacks. Normally they are selected from National Police service, immediately after their pass outs their proceed to border patrol school in Kanyonyo in Kitui County.These forces supplement Kenya Defense Army in protecting Kenyans from internal and external attacks, they have been trained to diffuse bombs and foresee attacks before they become bigger with such squads Kenya is much equipped.