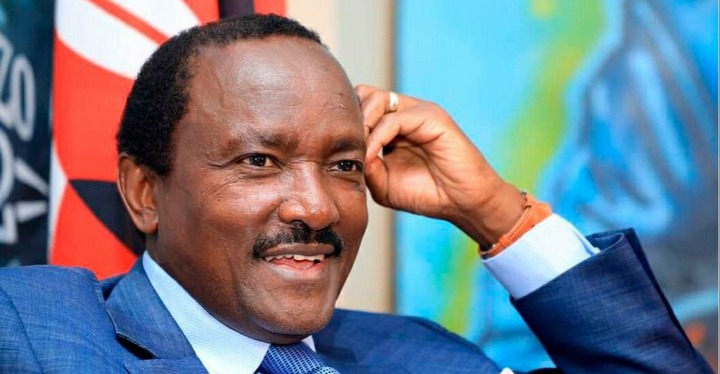 Kalonzo Musyoka has always been unpredictable as he has been playing his cards in a bid to make sure that he is part of the next government after 2022 polls.

Kalonzo recently endorse Raila Odinga's presidency for a third time in a row but he made the headlines after declaring that he will vie for Presidency in the forthcoming elections.

This comes a time when ODM Chief Raila Odinga failed to nominate Kalonzo Musyoka for the running mate post hence Kalonzo's demands were not met and thus he had to quit Azimio. 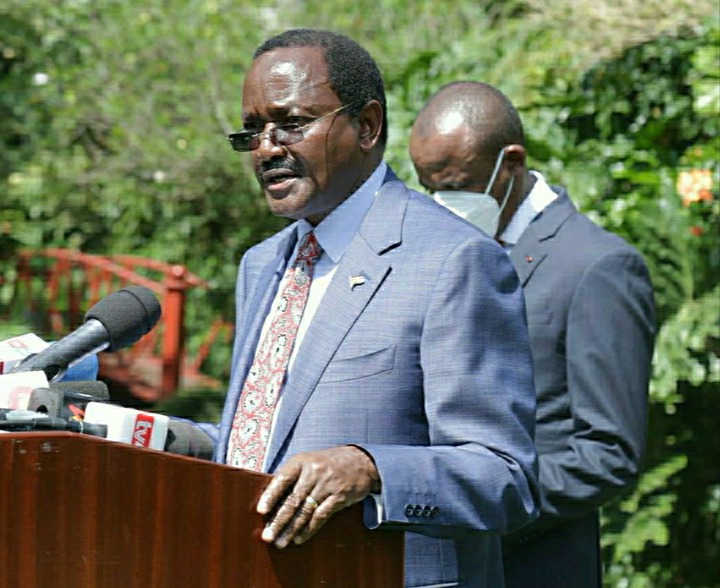 Kalonzo's close ally in Ukambani has leaked important information relating to Kalonzo's next move ahead of polls before special announcement from the Wiper boss.

According to Matungulu MP Stephen Mule while talking to KTN news said that Kalonzo Musyoka's chances of going back to Azimio are minimal as his stand towards Presidency remains.

"Kalonzo's position has not changed. He will run for Presidency alongside Sunkule his running mate. His final decision will be known at a national rally...." Mule told KTN News. 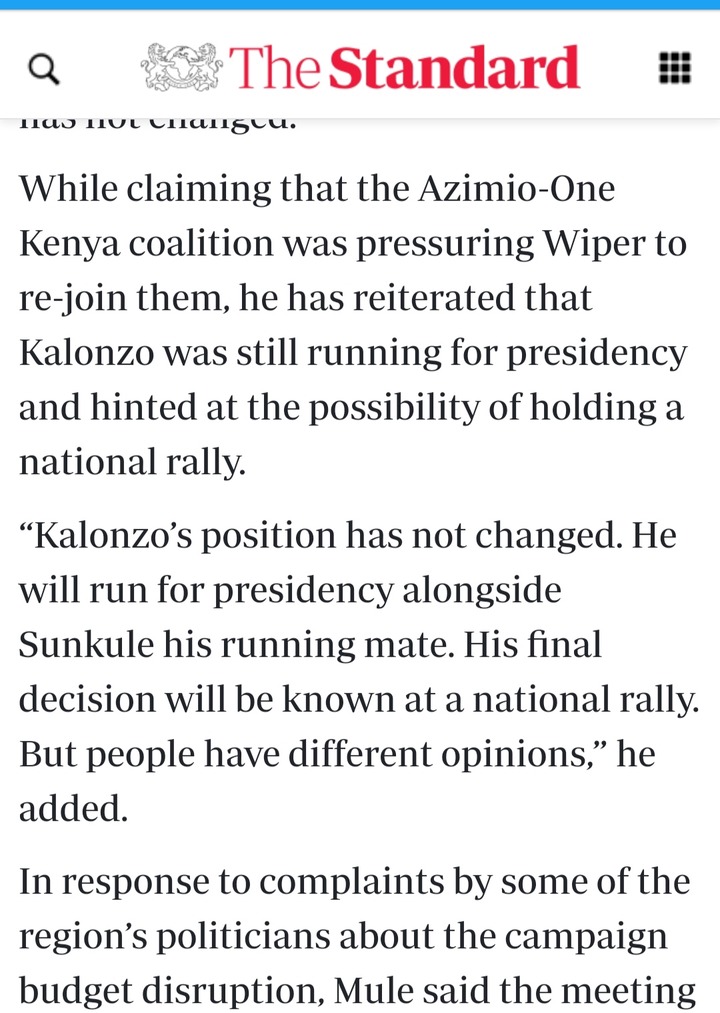 This comes a time when Kalonzo Musyoka is away from the country for a special meeting as he takes some breaks from national politics and using the time to reflect towards his next move.