By HOT_SPOT (self media writer) | 5 months ago 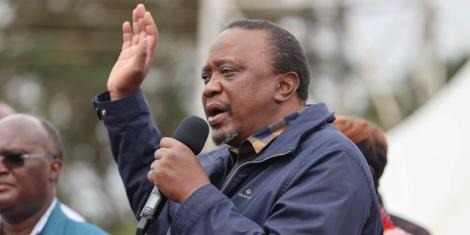 The exclusive interview that President Uhuru Kenyatta had with Kikuyu broadcasting stations for radio and television has finally come to pass.

Speaking during the interview, the Head of State told the journalist who was interviewing him directly that he will choose to comply with the IEBC director regarding campaigning. Former prime minister Raila Odinga's candidacy has received the unanimous support of president Kenyatta, who will be retiring following Tuesday's elections. 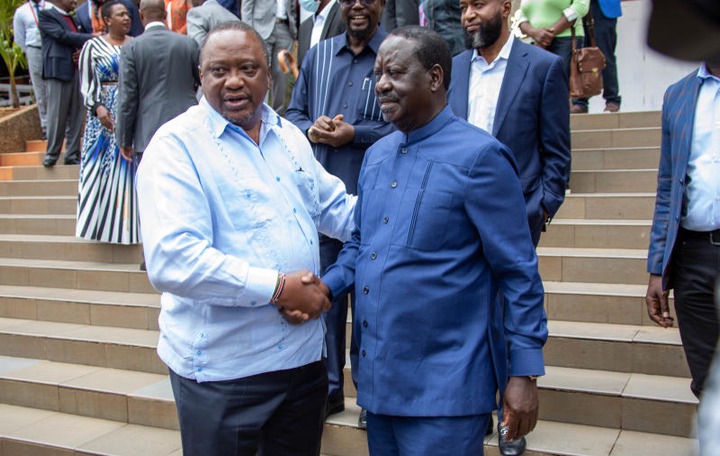 As the head of the Azimio-Kenya Coalition, President Uhuru was expected to lend political support to the ODM boss presidential campaign. This led to a protest from the Dp. Ruto-led Kenya Kwanza Campaign, which took the step of requesting that the IEBC observe the interview. 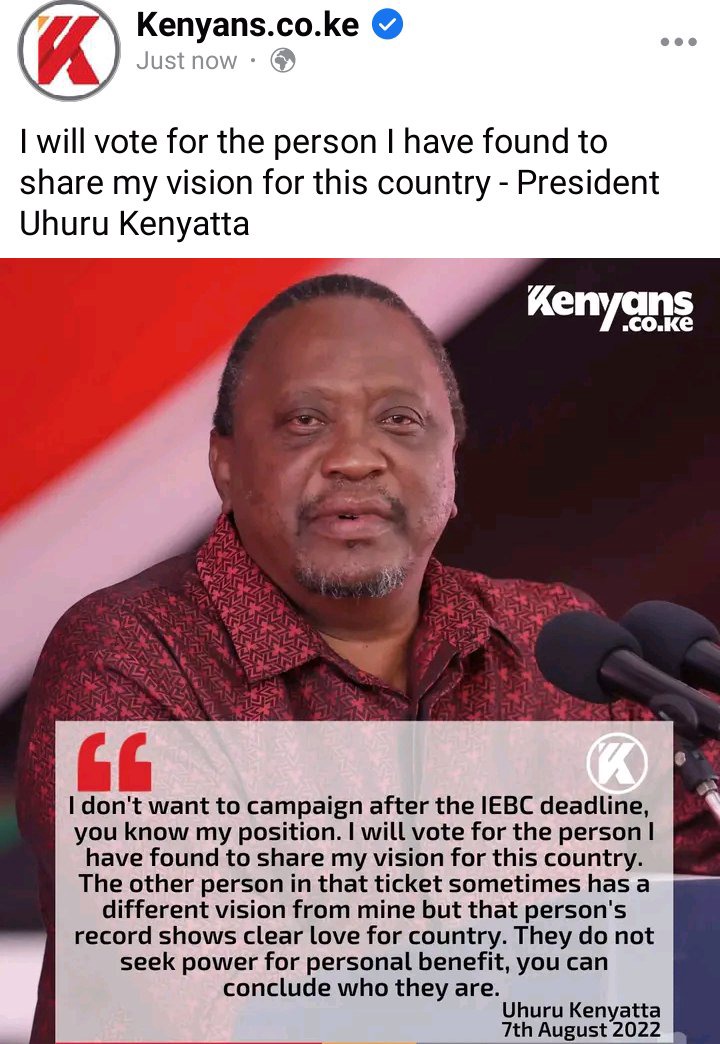 Meanwhile, President Uhuru has already confirmed that he will get up early on Tuesday and cast his vote for a leader who has a positive vision for the nation. Uhuru argued with a metaphorical remark that the candidate he will be casting his vote for is not power-hungry and does not seek the presidency for personal gain. 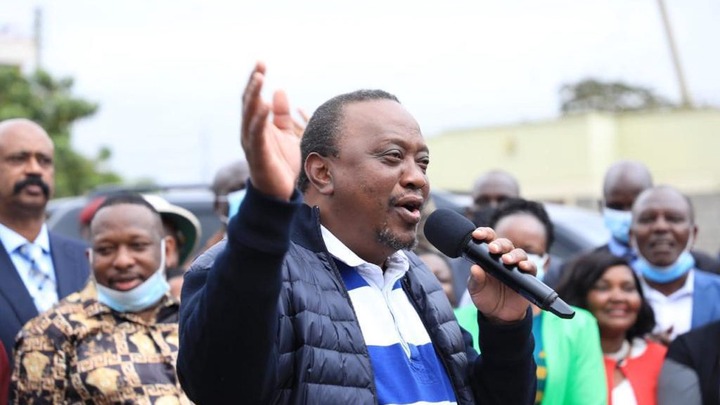 "I will cast my vote for the candidate I have found to share my vision for this country with. That person's account "shows a clear love for the country and does not seek power for personal gain," said President Uhuru.

Content created and supplied by: HOT_SPOT (via Opera News )