By @fredrickameka (self media writer) | 23 days ago 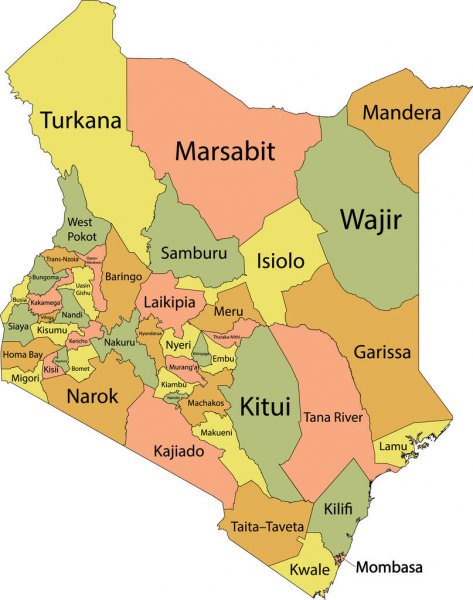 Before the new 2010 Constitution, Kenya was divided into eight provinces which were Central Kenya, Coastal Kenya, Eastern Kenya, Nairobi, Northeastern Kenya, Nyanza, Rift Valley, Western Kenya . The Provinces were then subdivided in 47 Counties in accordance with the 2010 constitution. In Articles 191 and 192, Schedule of the Constitution of Kenya and the County Governments Act of 2012, the powers were divided accordingly in each County. The division of the Counties also based on the year 1992 districts of Kenya.

However, during the drawing of the boundaries equality was one of the factors to consider. Despite that, some Counties emerged small while others big. The former Coast province was divided into six Counties namely Mombasa, Kilifi, Kwale, Lamu, Taita Taveta and Tana River. Mombasa County emerged the smallest County in the Coastal region and the whole country too. Mombasa County covers an area of 221.5 square kilometers. It is divided into seven divisions, eighteen locations and thirty sub-locations. 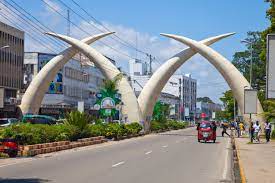 Mombasa being an Urban City, there is a large population of approximately 1.3 million people according to census 2019. The County borders the Indian Ocean to the east which is an exclusive economic zone. The population in Mombasa consist of both local and immigrants communities. The Mijikenda is the largest community followed by Swahili and Kenyan Arabs. The Kamba people are also known in Mombasa County making the second largest ethnic community. The main aim of Kamba people in Mombasa is doing business and trade making 30% of the population. Luo, Luhya and Somali communities are also other significant immigrants in Mombasa County.