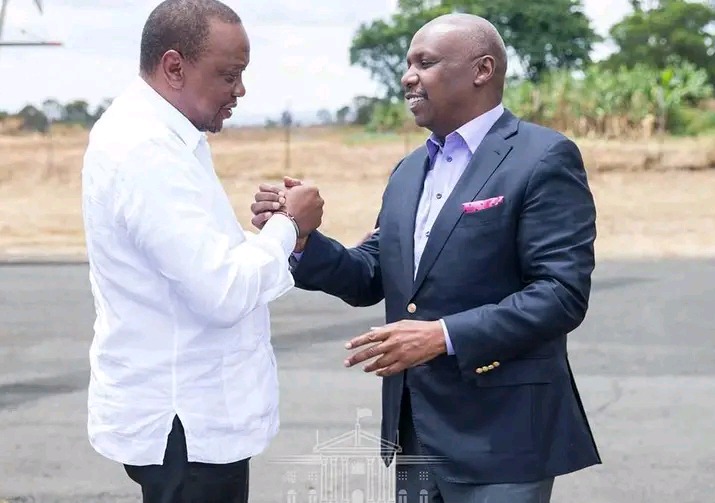 Raila will run for president using the Azimio La Umoja One Kenya Coalition Party, which is led by the President.

The President,has been using his allies to campaign for Raila Odinga, making it clear that he will be more involved in Raila's presidential bid

Murkomen revealed that KANU leader Gideon Moi told him that the President committed to support him in the August election for the presidency.

"In the past, we met with Gideon Moi in the Senate.He informed me that President Uhuru Kenyatta had assured him of his support for the presidency. I informed him that if the President had told him so, we would speak with DP Ruto about supporting his candidacy for president, "Murkomen remarked.

He noted that it was amusing for Gideon Moi to run for senate despite not receiving any seat in the agreement struck by the top leaders of Azimio.

Murkomen also asked Gideon Moi to join DP Ruto's camp, then to support DP Ruto for two terms as president, then they will consider him for presidency in 2022.

Gideon Moi,is a close ally of President Kenyatta and is said,to be behind the talks to have Kalonzo back to Azimio.