Karua Delivers Warning To Matiang'i, Kibicho On What Will Happen To Them If They Commit This Mistake 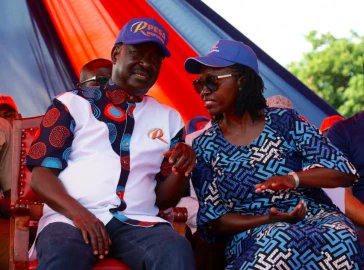 The Azimio la umoja One Kenya coalition party brigade has been lately piling pressure on the independent electoral and boundaries commission (IEBC) to come out clearly and lay bare their plans on how they will conduct the August general elections.

Led by Raila Odinga's running mate Martha Karua, the team has taken issue with the 2017 nullification of the presidential election by the David Maraga - led supreme court which cited some flaws that made the election to be cancelled.

The NARC Kenya party leader further went ahead to issue out a firm warning to president Uhuru Kenyatta's cabinet secretaries who are involved in the election (technically Karanja Kibicho and Matiang'i of internal security and Joe Mucheru of ICT), telling them that serious punishment in their individual capacities as cabinet secretaries awaits them if they bungle the election. The two are supporting IEBC in election preparedness. 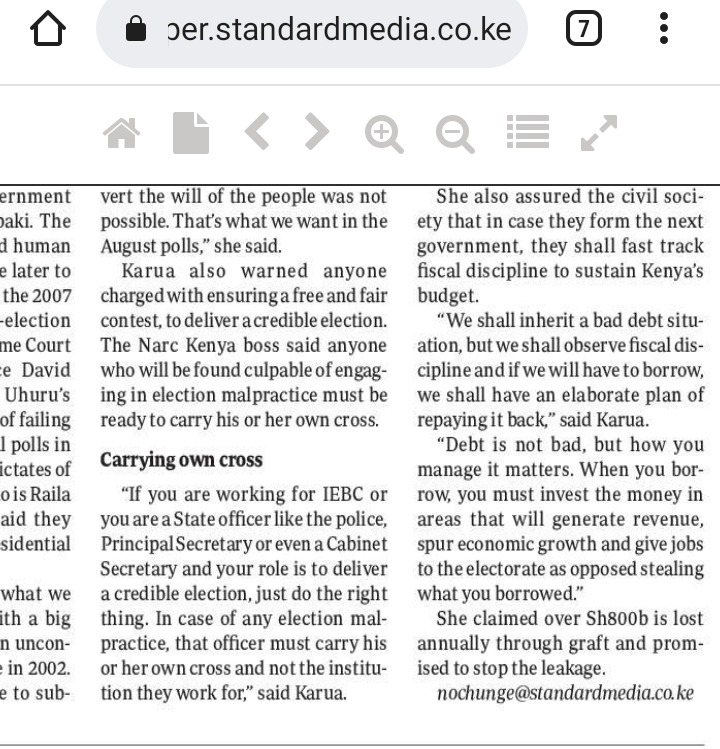 The same warning to be prosecuted for failure to uphold election standards was issued to police officers who were told by the NARC Kenya leader that they will be dragged to court in their private capacities if they fail to conduct a free and fair election.