Newspapers Headlines: How Ruto plans to create his coalition

By Denniskipkoechtonui (self media writer) | 1 year ago 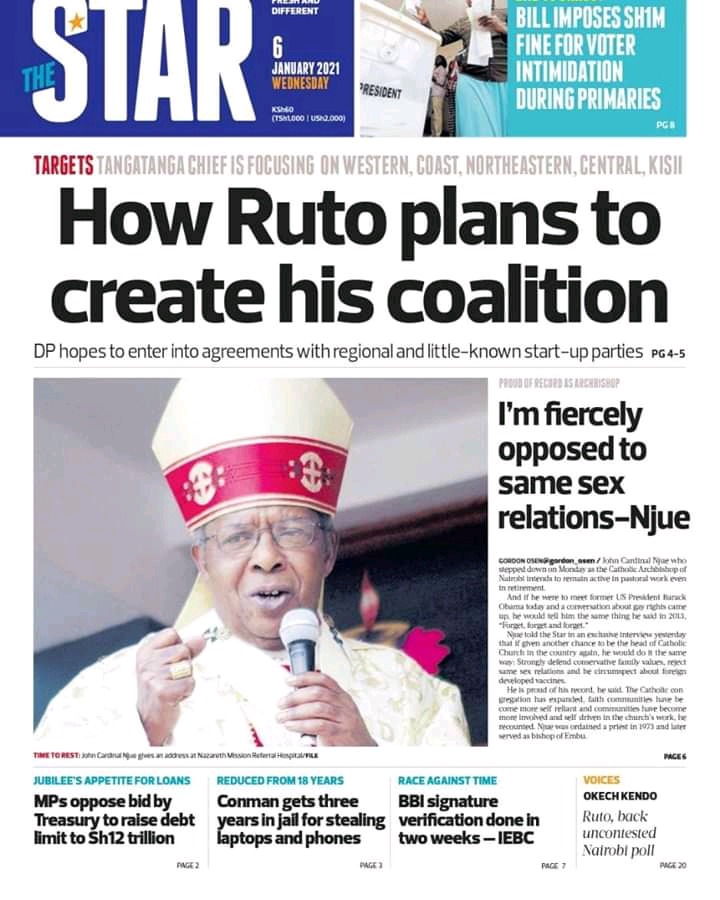 Headline - How Ruto plans to create his coalition.

John Cardinal Njue who stepped down on Monday as Catholic Archbishop of Nairobi intends to remain active in pastoral work even after his retirement. And if he was to meet former US president Barack Obama today and conversation about gay rights came up , he will tell him the same thing he said in 2013 , " Forget , forget and forget."

Njue told Star yesterday in exclusive interview that if given another chance to be the head of Catholic Church in the country again , he would do the same way ; Strongly defended conservative family values , reject the same sex relations and circumspect about foreign developed vaccines.

Conman gets three years in jail for stealing laptops and phones. 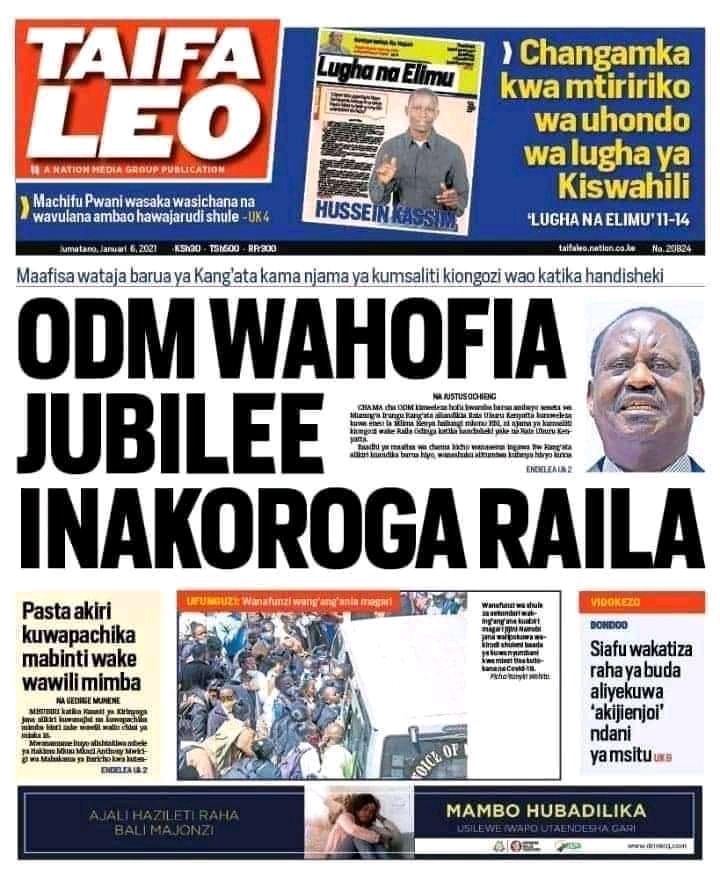 Wajackoyah Attracts A Big Crowd During His Rally In Vihiga, Here Is What He Said