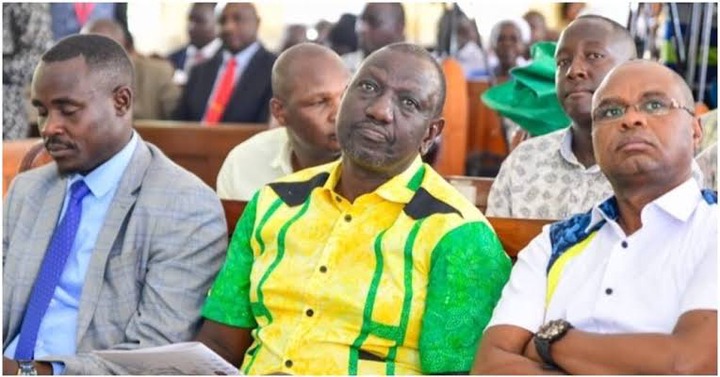 All along, many people have been calling on Ruto to resign but he has been staying put claiming that he was elected by millions of Kenyans and thus, he can't resign. Time and again, he has been reminding Kenyans that he is the Deputy President of the Republic and has the backing of very many Members of Parliament and today, Ruto was left in political ICU as his own words were used against him ahead of August poll.

Through his official twitter account, Donald Kipkorir broke his silence as he claimed that Ruto has been bragging about his wide range of following in Parliament and about his position of Deputy President but just recently, he was shocked to see the same same Ruto complaining about the increase in price of Unga and petrol.

According to Donald Kipkorir, Ruto should not be complaining but issuing solutions as the Second in Command. In fact, he should be explaining to Kenyans why the cost of living has gone up. 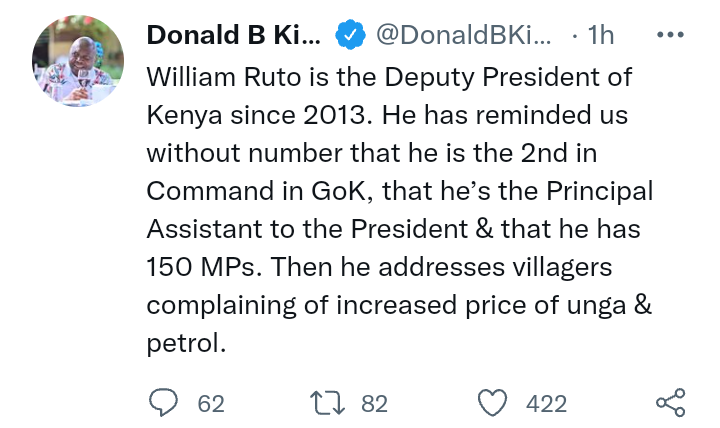 Raila Odinga Is Misadvised On Simple Matters Of Law - Wetang'ula