New Bill to Give President Powers to Sack Deputy Introduced

A new Bill that proposes that the head of state should be given authority to fire his deputy has been presented to the Parliament. 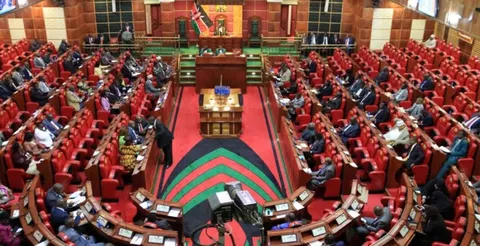 The Bill was forwarded by the National Assembly’s Committee on Implementation and oversight.

The Committee is pushing for the president to be granted powers to sack his/her deputy at his/her own will. The proposal was introduced under the constitutional amendment Bill 2021.

According to the bill, the president will only send home the deputy if a third of the Parliament's members and those of the senate reinforce the move.

Currently, the constitution provides that two third of the members are required to support the motion for such a decision.

Before, the constitution allowed the president to retrench his deputant but the mandate was taken away in the promulgation of the 2010 constitution.

This accrues from the disparities between Mwigai Kenyatta and his deputiser William Ruto.

Uhuru and William fell out after the former buried the hatchet with his political rival Raila Odinga in the famous handshake which culminated in the Building Bridges Initiative (BBI).