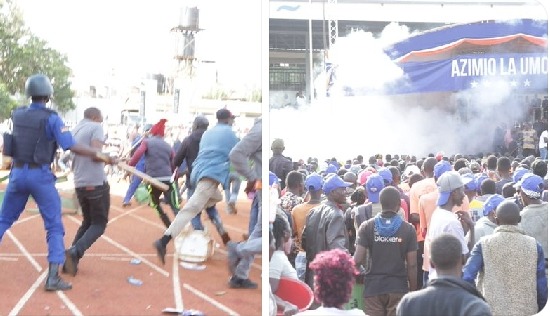 Today, chaos was seen at Azimio la Umoja rally that was being lead by Raila's runningmate, Martha Karua. In the incident, unknown person threw a teagas canister into the podium which forced Karua to end her rally.

However, police has released a statement following the incident. According to Kenyans.co.ke, NPS spokesperson Bruno Shioso said it was still unknown why the tear gas was used, even as detectives moved in to look into the situation. 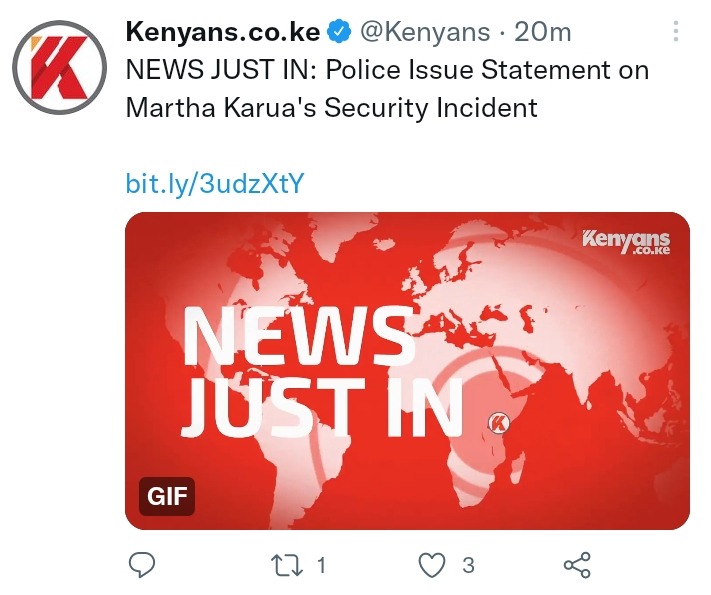 "The National Police Service is in receipt of an incident report from police in Kisii where a teargas canister was discharged during a public meeting graced by Martha Karua who is the Azimio presidential running mate and attended by many leaders and the general public," stated NPS in a statement.

"The circumstances surrounding the incident are currently under investigation."

Shioso also reassured the populace that police will work swiftly to punish anyone proven to be at fault. In addition, NPS reported that they had detained a police officer who was a suspect in relation with the event.

"Subsequent to our earlier statement on the above incident, NPS wishes to inform the public that preliminary investigation into the discharge of the teargas at the public meeting presided over by Hon Martha Karua who is the Azimio La Umoja-One Kenya Alliance presidential running mate, has established that the person responsible for the incident is a police officer," the NPS stated.

"The said officer is currently in custody assisting with further investigation to unravel all circumstances surrounding the incident."