Why Ruto is Being Accused of Planning to Rig 2027 General election .

By Makaperesportnews (self media writer) | 2 months ago

The head of state had adopted a report to have the four commissioners suspended and investigated for dissenting presidential results in the August 9 polls, a move that has brought divergence opinions from politicians most so from the Azimio side. 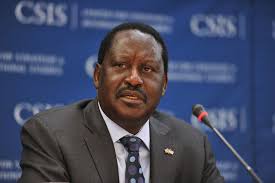 While speaking after receiving the report the head of state, stated that, "Having received and considered the petition of the NA and in the exercise of the prerogative vested in the Head of State and Government by Article 251 of the Constitution, I William Samoei Ruto, President and Commander-in-Chief of the Kenya Defence Forces, do hereby direct that; The four are hereby suspended from office with immediate effect, and a tribunal to inquire into the matter be and is hereby appointed,"

Wiper party leader, Kalonzo Musyoka, While speaking during a book launch in Machakos on Saturday, December 3, accused Ruto of supporting the purge against the four IEBC commissioners to instal other officers who would bow to his demands in the 2027 Presidential General Election. 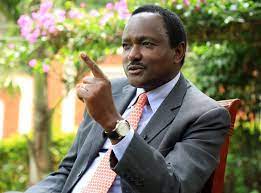 The former Vice president accused President William Ruto of planning to win the 2027 polls by taking control of the Independent Electoral and Boundaries Commission (IEBC). "Look at this trend of taking us back into the days of dictatorship. I saw one of the commissioners could not take it, he resigned," Kalonzo stated.

On the other hand , the opposition leader, Raila Odinga, opposed the directive, arguing that Ruto was using his state powers to settle scores. Raila vowed to fight for the four commissioners.

Content created and supplied by: Makaperesportnews (via Opera News )