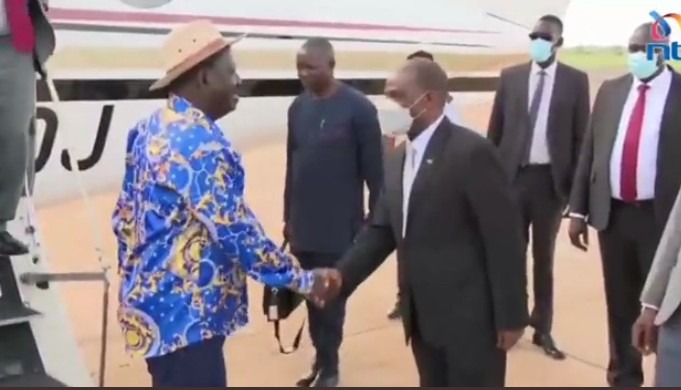 The former prime Minister Raila Odinga will be making his fifth and probably the last stab at the presidency in the upcoming general election.

Raila will be battling it out with the deputy president William Ruto who is Kenya kwanza Presidential Aspirant.

In the recent past, Raila has been to various parts of the country campaigning for presidential bid.

On Monday, he unveiled his running mate afterwhich he took his campaigns to kisumu And later on addressing the Africities conference in Kisumu.

On Wednesday after another function in Kisumu, Raila flew to Juba south Sudan where he was received by high Ranking government officials. 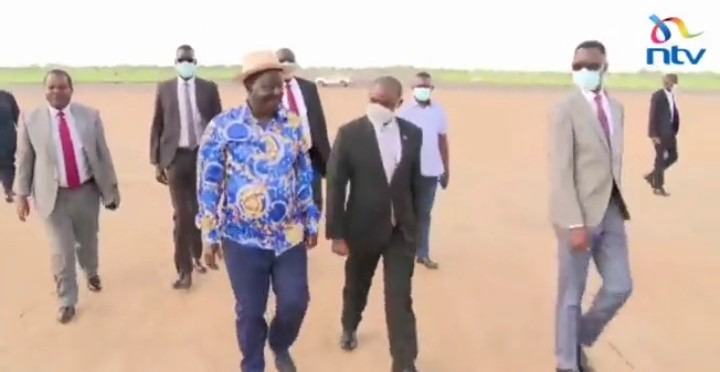 Raila in Juba after his plane touched down. 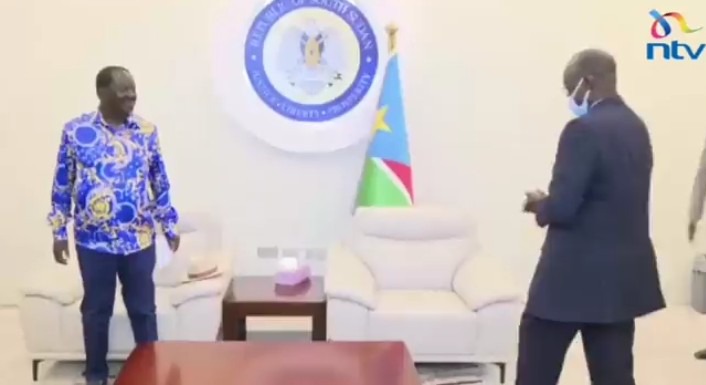 Raila is in Juba ahead of tomorrow's commissioning of the 3.6 km freedom bridge which connects Juba to the rest of east Africa. 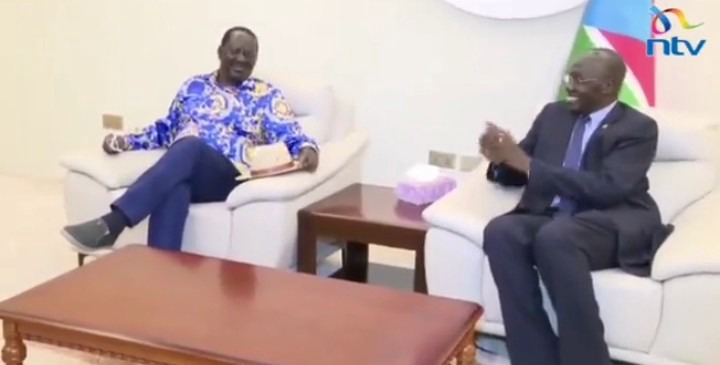 Since his handshake with president uhuru Kenyatta, Raila's Profile has risen following the head of State's role in having him appointed as the African Union representative for infrastructure.

Some kenyans who reacted to Raila's visit to Juba on Wednesday expressed concern over his health saying he is really overworking himself.

Steve Biko: baba is over working. 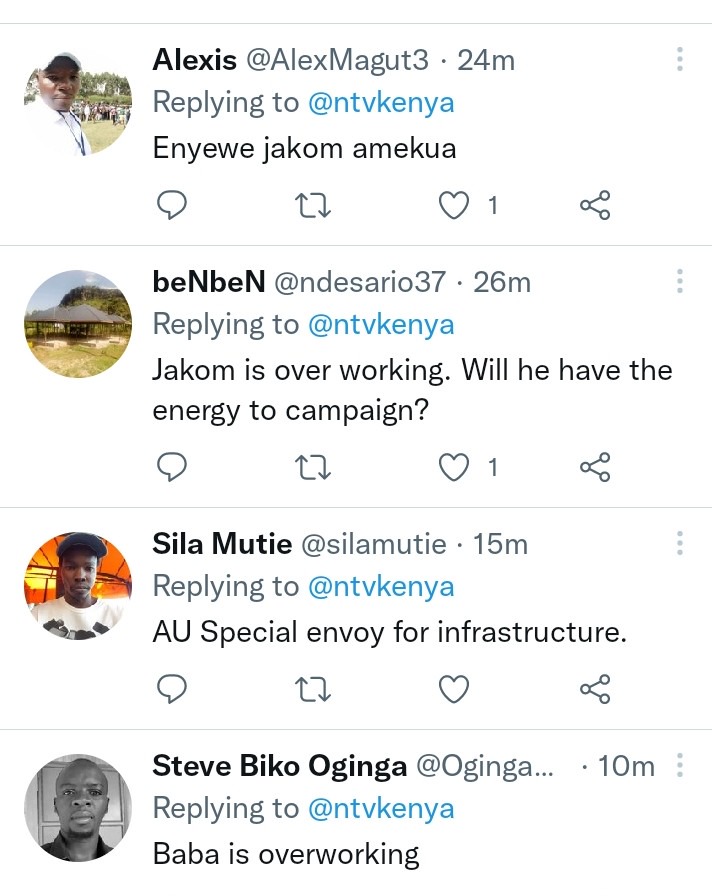