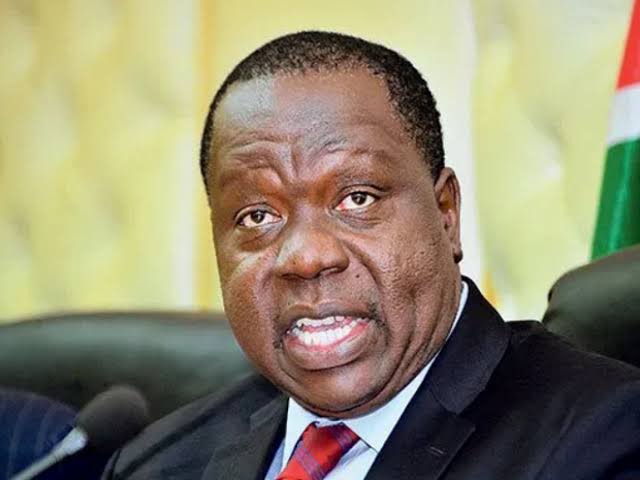 Speaking at NTV Nairobi gubernatorial aspirant Keneth Nyamwamu has surprised many as he reveals the truth behind Matiangi's politics.

Many knew Matiangi as Interior Cabinet secretary and therefore should not be involved in Kenyan politics unless he resigns.However to Matiangi it's a different story since despite being a cabinet secretary he has his own political party.Nyamwamu has revealed that the party United Progressive Alliance (UPA) in which he is running for Nairobi gubernatorial is headed by CS Matiangi.

This might be unbelievable to many but that's pure truth according to Nyamwamu's word below: 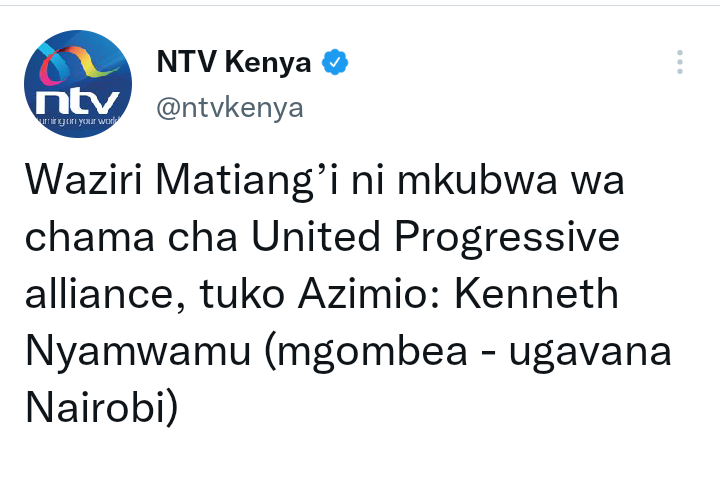 Nyamwamu has added that his party is however behind Azimio La Umoja coalition led by Raila Odinga.Nyamwamu has stated also that the party UPA was all over the country and had contestants all over the nation.Matiangi who is the CS despite being under the government of Ruto and Uhuru he has his own party.