Mukhisa Kituyi's Game Plan Prior To The August 9th Polls

By ShamuAshale (self media writer) | 2 months ago 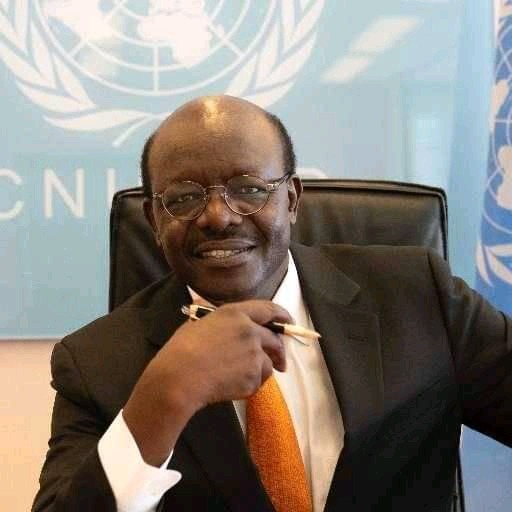 Dr.Mukhisa Kitui is truly an inevitable nomenclature when it comes to the genesis of Mulembe politics and multiparty democracy.

His contribution to the Kenyan multiparty democracy ,trade and social economic sector in Kenya can hardly go unnoticed.

In a nutshell, Dr.Kitui served as Kimilili MP for three terms 1992-2007), before being trounced by newcomer Eseli Simiyu in the 2007 general elections.

In addition, he has enjoyed cordial relationships with both the Kibaki and Uhuru regimes.

He served as the secretary general of the United Nations Conference on Trade and Development (UNCTAD) from 2013 to 2021.

Despite staying without an elective post for the last 15 years, he remains a fundamental stakeholder in the political space of Bungoma county and Kenya at large.

Upon his retirement from UNCTAD, he declared his bid to vie for presidency, an ambition he has since shelved in support of ODM'S Raila Odinga of the Azimio la Umoja coalition.

That forms the foundation of his political game plan.

Contextualizing his wealth of experience and tripod of supporters, he is keen to be part of a political movement which is capable of forming the next government.

He wants to align himself so as to stage a formidable comeback on the Kenyan political arena.

Perhaps he felt that presidency is quite a gigantic tussle at the moment thus he needs to establish political allies and organize himself for a possible future attempt.

His political pact with Raila is centered on the basis of political mapping and occupying a relevant political space so as to remain politically relevant going forward.

He is keen in minting new political allies to aid him see off his pragmatic political nemesis.

It should be noted that the Dr. Kitui-Raila friendship has an expensive history stretching back to the early 80s when Dr.Kitui was expelled from the University of Nairobi.

By then, the two alongside other lieutenants united in a spirited fight against the Moi regime that resulted in the multiparty democracy which catalyzed the formation of the historical Ford Kenya party.

Dr.Kitui is hence trying to polish his friendship with Raila in a bid to capture what political pundits have termed as political attention.

His political experience is without any doubt unmatched.

Having served as cabinet minister for trade in the Kibaki regime ,his diplomatic skills are worth it.

Besides, it is believed that president Uhuru Kenyatta recognizes and respects Dr.Kitui' s political and diplomatic skills and as a result, he is the one who played a huge role in Dr.Kitui getting the UNCTAD job.

Dr.Kitui wants to be affiliated to a political wing that is associated with the president so as to receive the president's blessings.

He must be gearing up for a government position just in case Raila's Azimio la Umoja clinches power in the August 9th polls.

He wants to ensure that he takes the appropriate political step to seat in a reliable outfit.

That is why he has accelerated his attacks on DP Ruto's Kenya Kwanza brigade.

He has gradually received a space inside Raila Odinga's kitchen cabinet.

Political pundits have opined that Dr.Kitui will definitely secure a tangent slot in Raila's government only if the Azimio la Umoja outfit wins.