By erickkoech097 (self meida writer) | 1 months

Yesterday, Independent Electrol and Boundaries Commission (IEBC) held three By-elections in the country, one of them being Bonchari constituency in Kisii county. There was a high competition between Jubilee, UDA and ODM parties with UDA and ODM claiming that Jubilee earlier used police to frustrate their supporters.

IEBC has now officially announced the winner and the winner is none other than Orange Democratic Movement (ODM) canditate, Omeke Robert Obwoto. "Oimeke Robert Obwoto of ODM has been declared a winner in the just-concluded Bonchari Member of National assembly By-election," declared IEBC. Yesterday's early night, congratulatory messages were sent to ODM canditate after a clear early lead was witnessed. 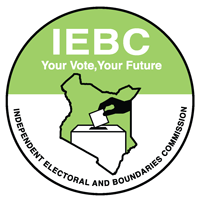 Among those who congratulated him includes former Kakamega senator, Boni Khalwale, who is a close Ally of deputy president William Ruto. Hon Khalwale claimed that though they lost as UDA it is better that Omeke won, saying he was a worthy competitor.

IEBC is also expected to conclude tallying process in Juja constituency and announced a winner. Upto the they they stopped tallying, PEP canditate was leading with landslide votes followed by Jubilee canditate.

Echesa: Luhya Community Members Declare That They Must Be In DP Ruto’s Government In 2022

No More Drinking? Checkout On The Latest Announcement By East Africa Breweries Limited

Miguna Says He Will Vie For Presidency To Stop William Ruto From Winning, Raila Is Politically Dead