By RogersGichana (self media writer) | 10 days ago

Dagoretti Member of Parliament Simba Arati who is campaigning for the Kisii County Gubernatorial seat has been cornered after his move to open ODM offices across the County was sabotaged.

Before then Arati an ODM diehard had announced his move to have the offices in each sub-county. Days later Kisii Governor James Ongwae, Kisii Women Rep Janet Ong'era, and Kisii senator Sam Ongeri both in ODM took the idea head-on.

The three generals felt Arati's move was going to be a political threat in Raila's territory to discredit Ongwae's powers from the region. As a strategy to contain the loyalty, Ongwae has since led a delegation to open offices in all the 9 sub-counties. 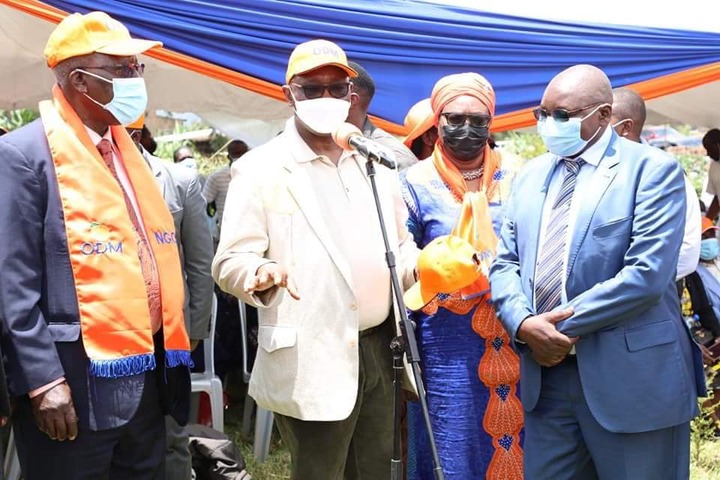 Kisii Governor James Ongwae speaking during the Opening of an ODM office at Nyamataro in Kisii County. Photo/Rogers

To recounter, the exercise, on Thursday Arati kicked off the opening of ODM voter sensitization offices commencing from Nyaribari Masaba Subcounty.

While addressing residents, Arati said the offices will be a center of information to residents on the importance of registering as voters.

"Our people in this area can now freely seek information regarding the voter registration exercise with ease. The only way to grow our economy is making sure we have good numbers to elect the right leaders," He said.

The war between Ongwae and Arati on who controls ODM ground in Kisii is intensifying ahead of the 2022 succession politics. Ongwae is an ODM outgoing Governor.

Ongwae has however proved to be Raila's point man not only in Gusii but Nyanza. He is regularly seen with Raila and given priority in Azimio la Umoja meetings.

Simba Arati, Woman rep Janet Ong'era and Senator Ongeri are lobbying to convince Raila on who should fly the ODM flag in Kisii next year.