Why Raila Had to Be Furious at Some Point In Isiolo

This week has been so busy for Hon.Raila Odinga because he had to attend different events and at the same time hold his Azimio la Umoja tour. Today, he visited the people of Isiolo and business was not as usual. At some point, he had to confront the youths who were chanting words that irritated him until he had to try and calm them down. He was heard saying "Sawa sawa vijana, sawa sawa, hiyo mambo yenu ya kinyumbani sitaki hapa." 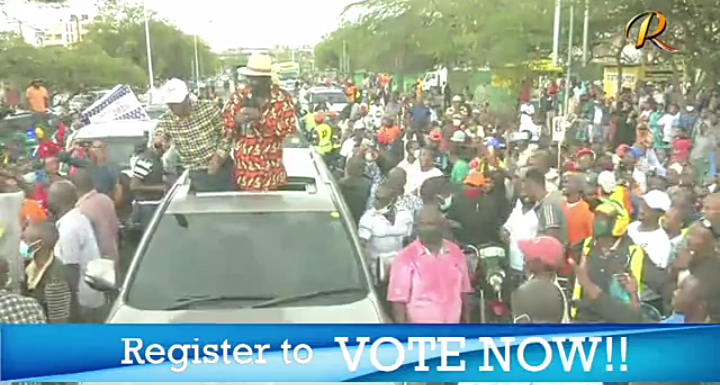 The youth looked like they had formed a splinter group which started to raise their voice. At that time, Raila was talking about how youths do not have identification cards and hence they cannot register as voters. He added that when he was minister, he opened a passport office in Garisa county. He promised that that he will do the same by opening a passport office in Isiolo for them to get the passport easily.

The crowd continued to shout and Raila was so irritated that he gave the microphone to one of the person that was together with him. The man cooled down the crowd that continued chanting before he gave the microphone back to Raila Odinga. He continued to speak but some people were still having a splinter group that was shouting things that was not audible. Here is a link to the video. https://www.facebook.com/TheODMParty/videos/554461912301874/?app=fbl