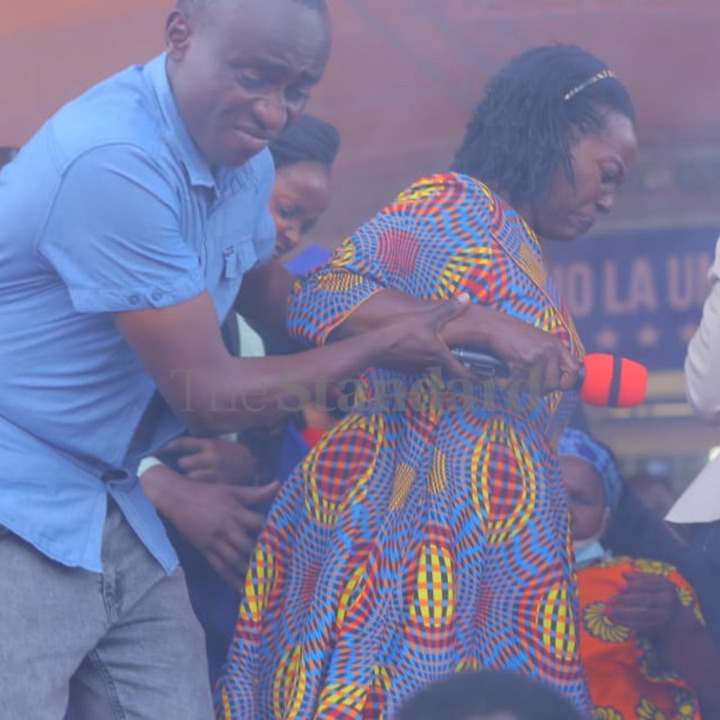 Kisii Governor Hon James Ongwae's bodyguard was beaten by an angry Mob during Martha Karua's Kisii Rally after it became clear that he was the man behind the teargas that exploded when the Narc Kenya Party Leader Hon Martha Karua addressed the locals on Thursday.

According to the viral video clip shared by ODM Keyboard Warrior Robert Alai, angry supporters are seen beating the police in Plain clothes while police officers in blue uniforms at seen rescuing him and preventing him from further blows and kicks from the angry locals. 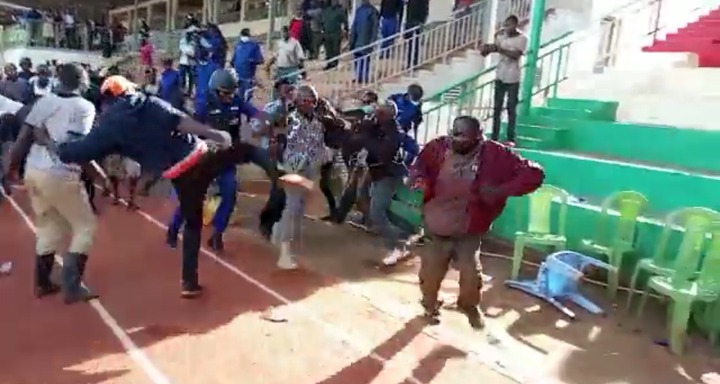 In the Viral video clip, one resident is heard shouting and telling the Rally attendants and Kenyans (via the Video) that the man receiving a beating from the crowd was seen dropping the explosive device, a move that could have seen Ruto and his allies (maybe) blamed for causing chaos bearing in mind that James Ongwae is in Azimio and it wouldn't have made sense to suspect someone in the movement. 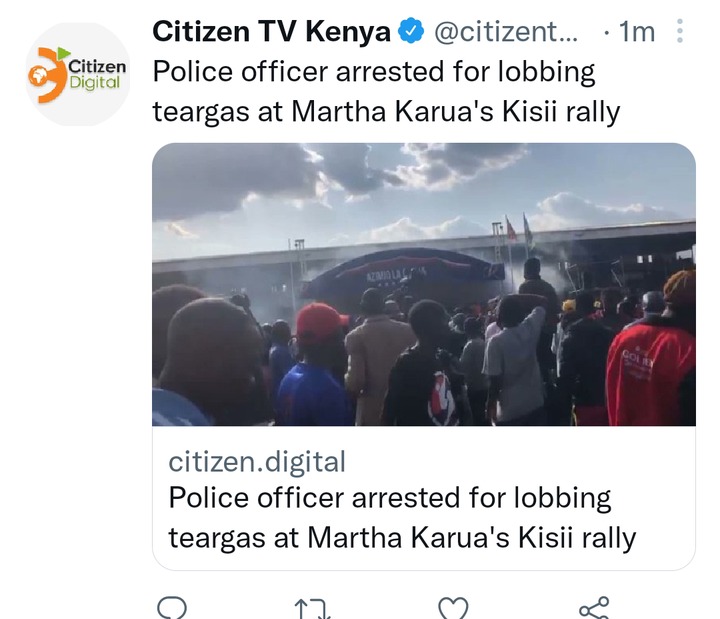