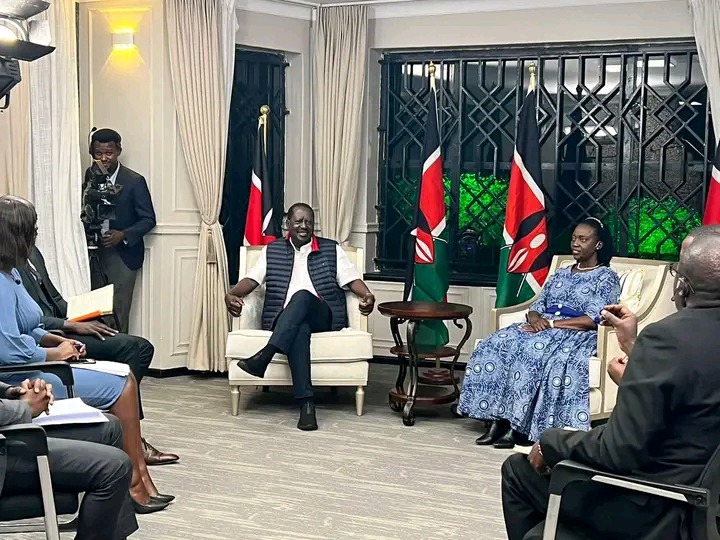 Azimio flag bearer Raila Odinga has made it clear that he is now in government and he does not earn any salary despite the Kenya Kwanza team attacking him of being part of the government since the handshake.

Speaking in a live interview, Raila Odinga revealed that he has not been in government nor he has ever received a salary from the government since the handshake that happened almost four years ago that made the second in command being sidelined as Raila became a close friend of President Uhuru Kenyatta.

"Kenyans know very well that I'm not in government. I don't leave in a government house and I don't earn a salary from the government," Raila said. 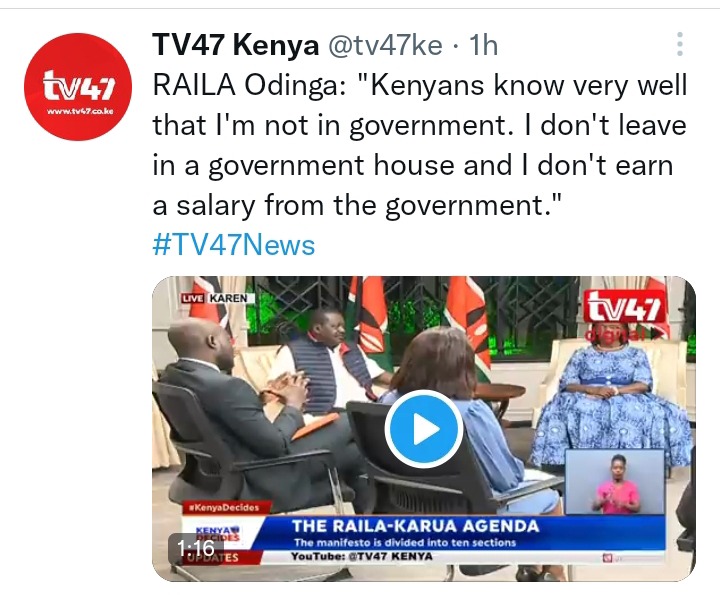