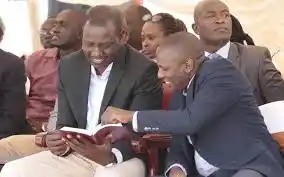 Kenyans have however this evening left tongues wagging after the Kikuyu Member of Parliament vehemently reacted to Deputy President William Ruto's statement on his official Twitter account. The Deputy President had lashed out at President Uhuru Kenyatta's government following the arrest of the Turkish investor Harun Aydin, claiming that the government's actions were a tragedy of political pettiness. 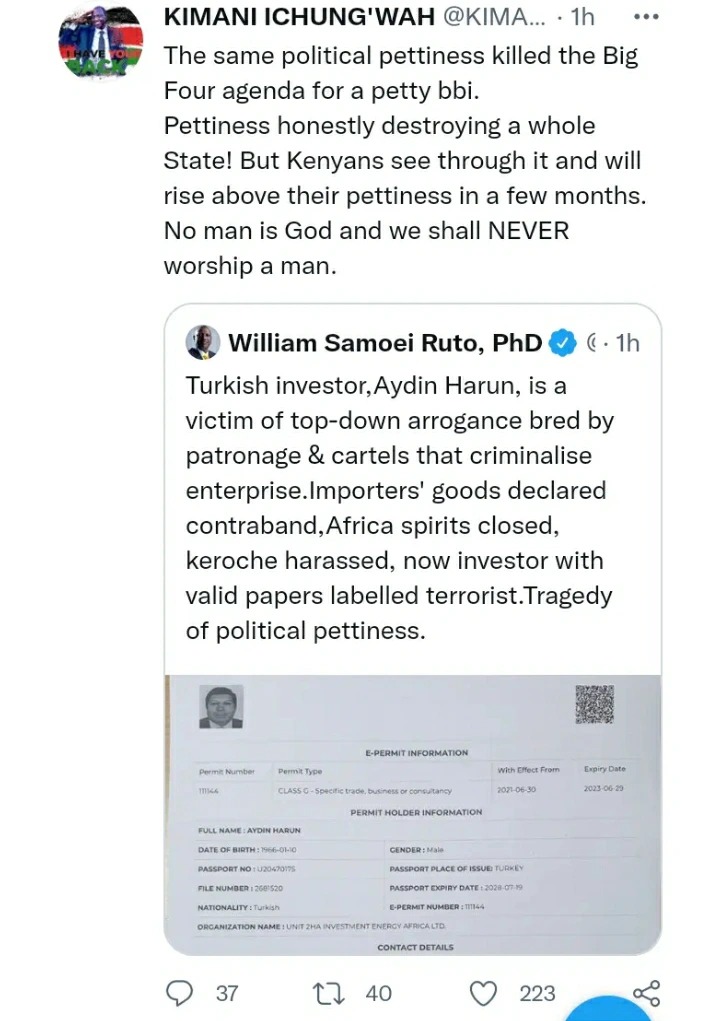 Before even before the tweet had simmered, an angry Kimani Ichung'wah retorted that the same political pettiness had crushed the Big Four agenda for a petty Building Bridges Initiative Bill. 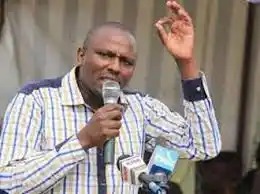 "For a petty bbi, the same political pettiness crushed the Big Four agenda. Pettiness is literally harming a state! Kenyans, on the other hand, see through it and will rise above their pettiness in a few months. We would never idolize a man because he is not God." honourable Kimani Ichung'wah posted on his official Twitter account. This leaves the country's second in command Deputy President William Ruto in a political turmoil concerning his minions. Are they really still reading from the same script as before or not. This question will just answer itself in the coming days as political alignments and realignments continue.