Uhuru Strikes Again, Tells Kenyans What To Expect If They Elect Thieves in 2022 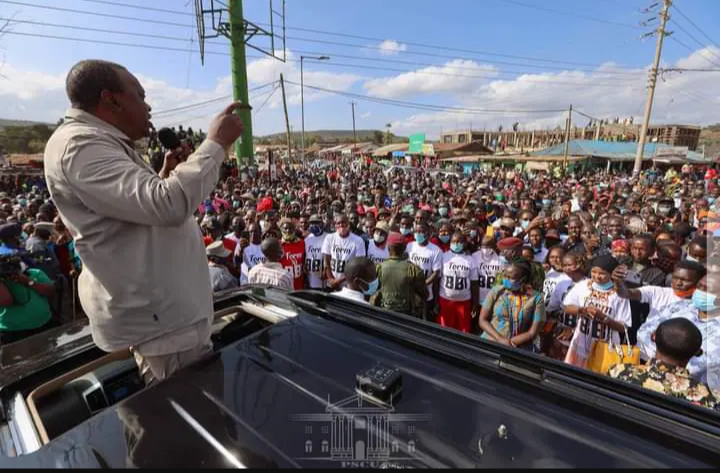 President Uhuru and his Deputy have not being seeing eye to eye since their second term begun.

While this fact had been downplayed in the past, Uhuru has been launching direct attacks at his deputy off late making their fall out public among Kenyans.

Uhuru had last week elicited mixed reactions in the country when he publicly declared that he was not going to hand over power to theives.

Although he did not mention anyone, he received a backlash from Ruto's allies who concluded that Uhuru was referring to Ruto and his camp. 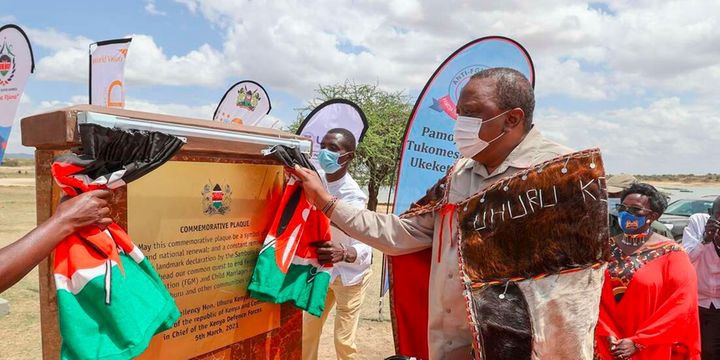 Well, Uhuru has now striked again and has told Kenyans what to expect if they go ahead and elect the thives he had warned them about.

As established by the Saturday Nation today, Uhuru has once again warned Kenyans against electing thieves.

According to Uhuru, there are thieves going round the country seeking for votes from Kenyans, he has however cautioned Kenyans to be wiery of such thrives because they will snatch away their wives when elected into office.

"Some people have been coming here with sweet words asking for your votes, be careful because they will even snatch your wives", Uhuru stated.

Uhuru was addressing Danbury residents where he was commissioning water projects in the area, he also used the opportunity to drum up support for the Building Bridges Initiative.

Click here to read Uhuru warning Kenyans on what will happen if they elect thieves.

Musalia Spell Doom For Azimio After Kalonzo's Latest Move, Reveal What Uhuru Did And Went to Hide

One Of The Remarkable Warm Reception Of Barack Obama In Vietnam When He First Met Anthony Bourdain.