The intense battle between Senior Counsels Martha Karua and Ahmednassir Abdullahi has gotten to a point whereby the former could not take much more and decided to stop further unhealthy confrontation by pressing on the Twitter Block button against Grand Mullah. 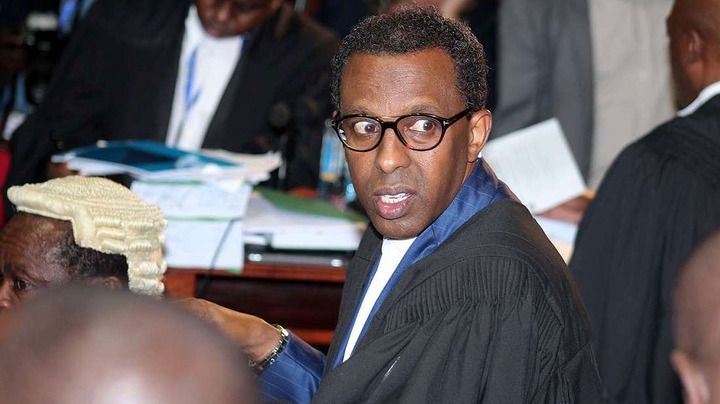 Ahmednassir's reaction after finding out that he had been cut off from accessing his fellow's tweets, was that the so called Iron Lady has proofed that indeed she is CJ Martha Koome's 'Water Carrier'.

"That is the "Iron Lady" for you...two tweets on why she is the official water carrier for CJ Koome and she blocks me," Grand Mullah laughed. 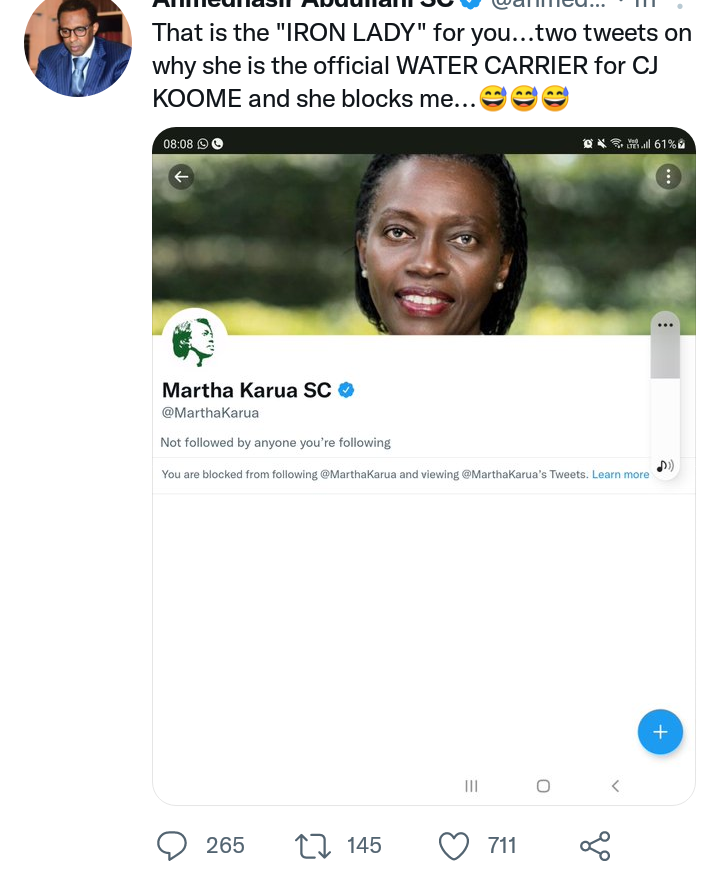 It all started when Ahmednassir accused CJ Martha Koome of playing along regional tribal card after appointing a Mt Kenya based chief of staff.

Martha Karua wasn't pleased with AA's attack on the CJ and told him that it was a pathetic way to measure someone.

In a tweet that prompted an immediate block, AA told Karua that she should stop pretending that Kenya has a different way of measuring than what he meant. He went on to say that Karua's quick defense of anything that is against CJ Koome's actions has now become sickening. 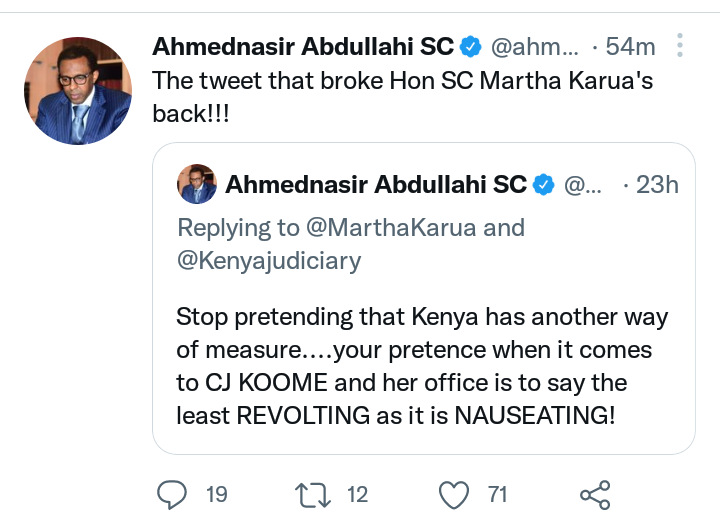 Perfect Venture. How Much a Single Guinea Fowl Costs in Kenya Shillings and Price of Their Eggs

After losing over Ksh. 300 Million, Entrepreneur Joe Kariuki bounces back with a thunderous bang

Diamond Plutnumz's Mother Buys A New House And Demolishes It